Best friends Hannah Binyon and Storm Wilson have a lot to be thankful not least their solid friendship born out of devastating illness.

The ten-year-olds have battled back from frightening sickness which threatened both of their young lives. As a result, the classmates have formed such a close bond they help each other through day to day life. And to show the world their fighting spirit, young Storm has had 2ft 6ins of her long locks chopped off – her first ever hair cut - to support the charity which helped her best friend.

Hannah’s mum Gemma, from Rayleigh, Essex, said: “What Storm has done for their friendship is a huge deal. We’re totally overwhelmed that she would do that. Storm just kept saying ‘wow’ when she heard what her friend was doing for her. What a lovely thing to do.

“Hannah wore a wig occasionally when she lost her hair through chemo and Storm knows that. What an amazing little girl.”

Back in 2010, a five-year-old Hannah was diagnosed with stage four neuroblastoma, a rare childhood cancer found in the nerve cells. By the time her mystery illness was diagnosed, she had to be placed into a coma to give medics at Great Ormond Street Hospital time to act. Her parents were told there was a 10% chance of her beating it.

Gemma said: “She had been poorly for six months, crying every night saying her legs hurt. She lost lots of weight and, to me, she looked like she was dying, but the doctors couldn’t work out what was wrong. She stopped eating, stopped playing and stopped being happy. That Christmas, she didn’t even want to open her presents. When she collapsed at school, we rushed her to A&E and insisted on answers. Within an hour of being taken to GOSH, she had been diagnosed.

“By then, she was almost paralysed as she was riddled with cancer.”

After a year of treatment, Hannah has been left with a dormant tumour on her spine and nerve damage to her feet giving her mobility problems.

Her mum said: “I was worrie 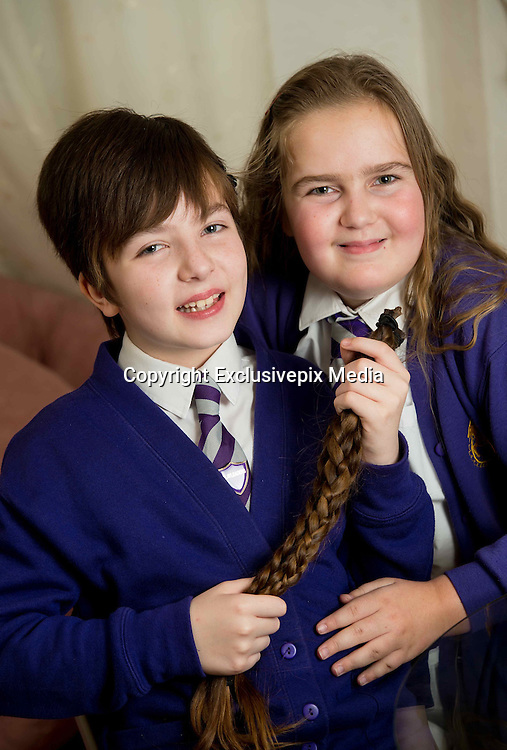