Photo shows: One of the most impressive items intercepted by Australian biosecurity officers last year was an entire boar's head. The delivery from Russia was eventually cleared after no biosecurity issues were identified
©Department of Agriculture and Water Resources/Exclusivepix Media 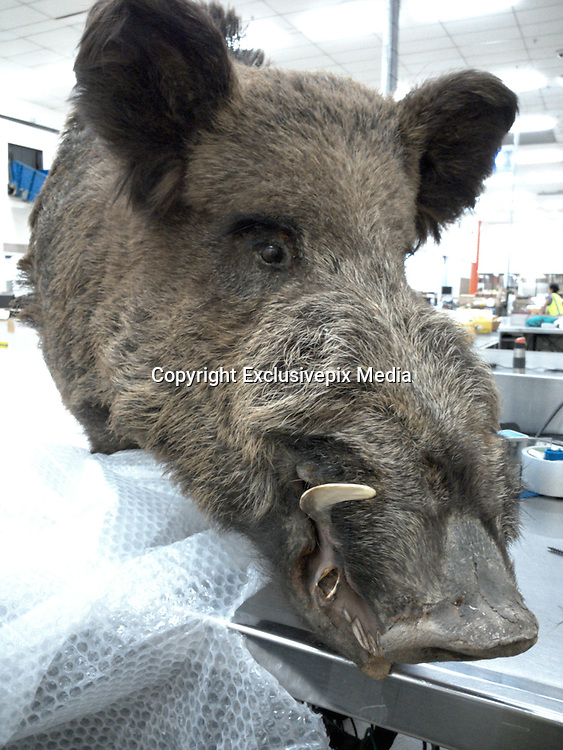