Photo shows: A dancer performs at the Tonogou Hachiman Shrine on the eve of the 4th anniversary of the 2011 tsunami and earthquake.
©Earnie Grafton/Exclusivepix Media 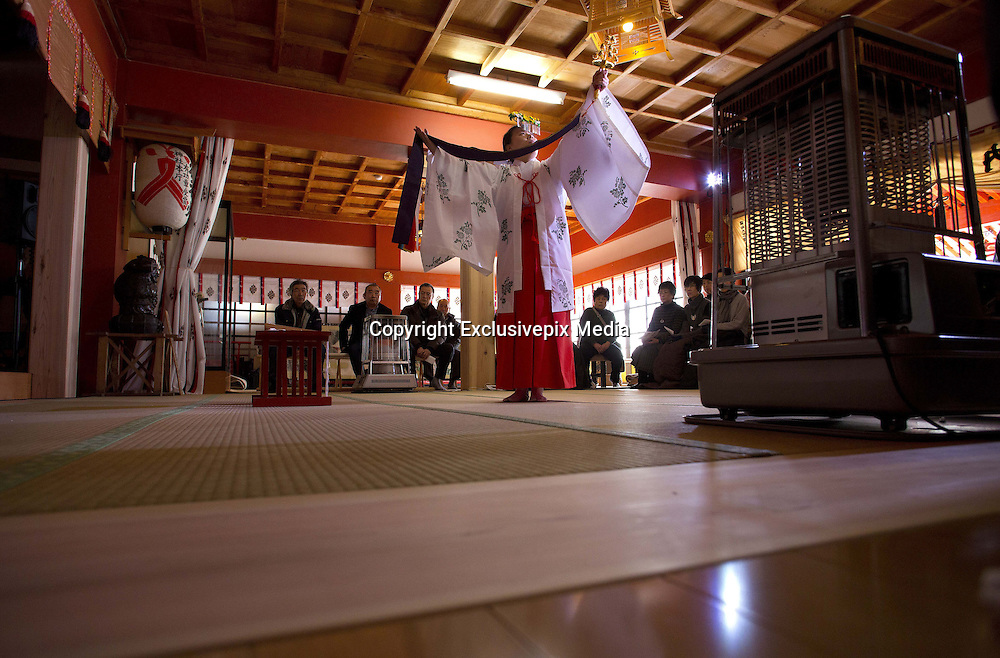