New York City from the seat of a bicycle: Photographer takes stunning photos of the Big Apple on his daily commute

New York City from the seat of a bicycle: Photographer takes stunning photos of the Big Apple on his daily commute

A graphic designer has taken a series of stunning pictures that show a side of New York City that not everyone gets to see - he takes fast-moving shots of day-to-day life from the seat of his bicycle.
Tim Sklyarov has dazzled his audience with other photo series of New York living, but his collection of shots from the seat of his bicycle offer a unique perspective of the City that Never Sleeps.
Sklyarov is a creative director at a hospitality marketing company called HeBS Digital. But he's also a photography enthusiast who has turned his blog into his 'personal playground' for his interesting photography projects.
The photographer describes New York City as 'the capital of planet Awesome,' and it certainly seems to serve as his muse for much of his artwork.
His series 'NYC Through the Eyes of a Road Bicycle' is a glimpse of the Big Apple that Sklyarov sees every day on his way to work - he essentially has documented his commute from the seat of his bicycle.
But his unique look at what is commonplace for millions of New Yorkers resulted in a stunning collection of photographs.
©Tim Sklyarov/Exclusivepix 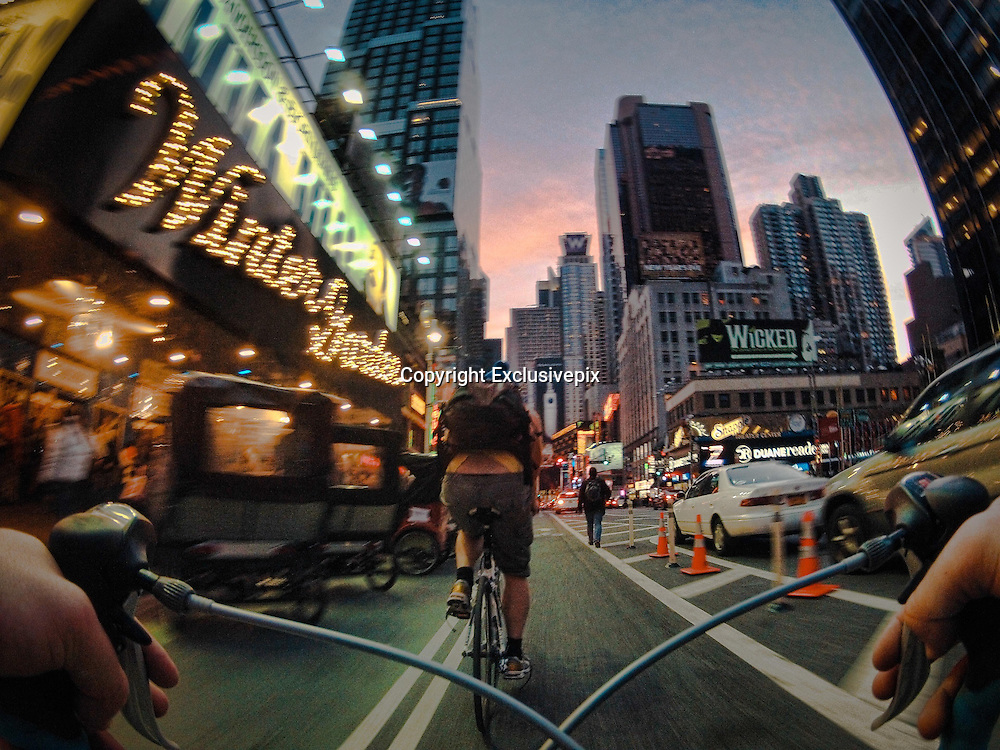