The Borana tribe, part of Oromo people who make up around a third of the Ethiopian population, is suffering from drought for months. Cows are dying, meanwhile many people are complaining the lack of support from the government, thus generating massive uprisings, repressions and killing hundreds of protesters.
Borana live in Kenya, Ethiopia and Somalia with a population of 500,000. They are semi pastoralists. Their life depends on their livestock, which are their only wealth. Their cattle are used in sacrifices and also as dowry or to pay legal fines. For one year, there has been no rain and more than 15,000 cows have died in Ethiopia.

Photo shows: The Borana culture is still very strong, no tourists dare to visit this area. Women wear their traditional clothes. Men are proud to show the virgin girls who are easily recognizable: they have a tonsure at the top of the head, from the age of 5 until they get married.
©Eric lafforgue/Exclusivepix Media 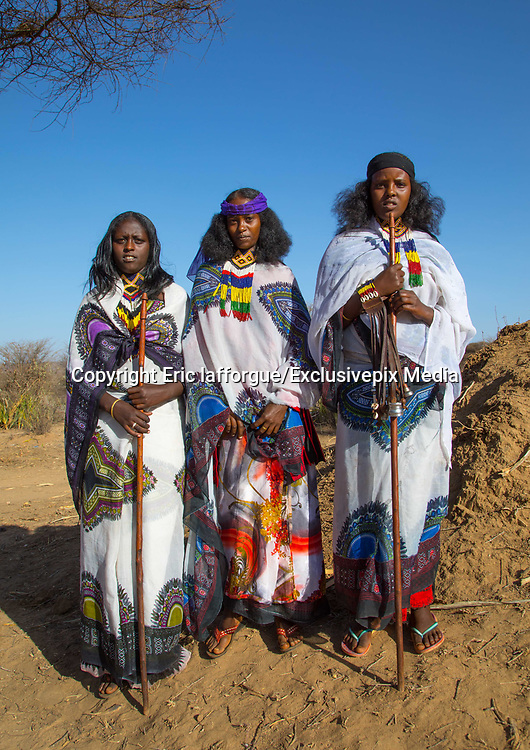