School teacher Paul Tyrrell isn’t your classic Essex Bad Boy.
But, once the bell goes at the end of the school day, the award-winning science tutor is certainly ready for a fight.
By day, the father-of-three is taken extremely seriously by his teenage audience in the classroom at Maltings Academy, in Essex, winning national recognition for his work. By night, he transforms into a secret alternative persona…Essex Bad Boy, the wrestling star.
The 39-year-old has been body-slamming his opponents around the world for the last 25 years, having his first professional wrestling match at the age of 14 – the youngest in the UK at the time.
He now splits his time between school and the wrestling ring, using his teacher training to coach the next generation of performers. According to the star, it works both ways and his wrestling experience has also helped him to take charge in the classroom.
“You might not think it, but there are many similarities between teaching and wrestling. Wrestling is obviously about entertaining the crowd, with someone playing the good guy and someone playing the bad guy. We use psychology to tell the story and to get the crowd involved and on side. Teaching is the same, with us using psychology to get the kids’ attention, playing the bad guy when they’ve not done their homework and the good guy to earn their respect.
“I don’t see myself as an educator; I see myself as an edu-tainer. I use entertainment to draw the kids in in the classroom. I tell funny stories, I constantly move around, we play games and act out role play; there’s no sitting around in my classes. There are a lot of crossovers which have helped me improve as a teacher and as a wrestler.”
Paul’s wrestling career took off when he was just 16 and travelled to America to train with Exotic Adrian Street. On his way to the top, he defeated childhood hero Jake the Snake Roberts before forming a tag 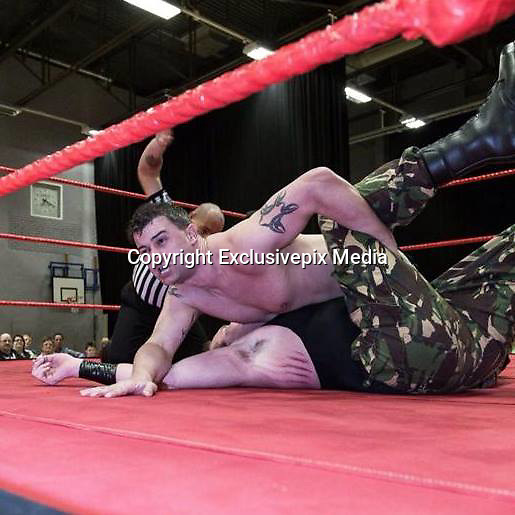