Confronting society's stigma: Photographer captures the natural beauty of breastfeeding as she attempts to break the taboo around nursing babies in public

Confronting society's stigma: Photographer captures the natural beauty of breastfeeding as she attempts to break the taboo around nursing babies in public

An honest collection of photographs has sought to break the taboo that persists about breastfeeding in public.
Photographer Stacie Turner's series 'Breastfeeding In Real Life' shows scores of new mothers, not in billowy clothing on a mountaintop, but in the real world, when they're often nursing one child on a park bench or at a mall while 'trying to fish crackers out of a diaper bag for another kid' in an old T-shirt with spit up on it.
A strong advocate for breastfeeding, the Connecticut-based mother of 7-year-old twins began taking pictures of other nursing moms five years ago in a 'conscious attempt to normalize' the act.

The resulting series transforms the everyday into something empowering. She explains that her favourite picture is one self-titled by its subject: 'Half Naked and Covered in Children.'

My dear friend Heidi [was] sitting on the ground in the park with one kid pulled off the nipple looking around, a second flailing in full tantrum mode on her lap and a third looking on,' she told the website.
'I think it's so representative of the chaos of being out with multiple small children and trying to keep everyone reasonably contained.'
Turner is currently working on a series of images of children on the autism spectrum.
©Stacie Turner/Exclusivepix 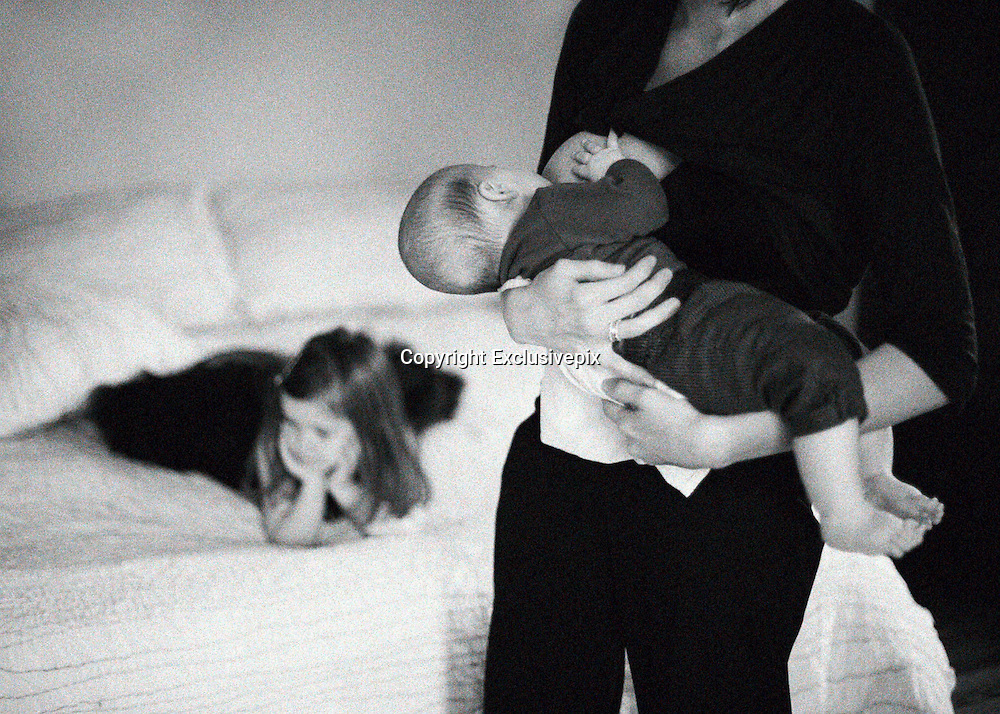