Coin art lover He Peiqi makes up the portrait of Chongqing City with coins on April 29, 2015 in Chongqing, China. He Peiqi, a boy from Yongchuan District of Chongqing put up Chongqing portrait with nearly fifty thousand coins from ancient and the modern within at least 11 currencies of coins in one month. Red agates stand for the Changjiang River, green agates the Jialing River, and every outstanding building makes itself special. The various coins were from He Peiqi\'s small businesses and some were bought from coins lovers. More important that the coins he set up Chongqing City were not stuck together so that he didn\'t break laws of protecting Chinese currencies and thus would not be punished.
©Exclusivepix Media 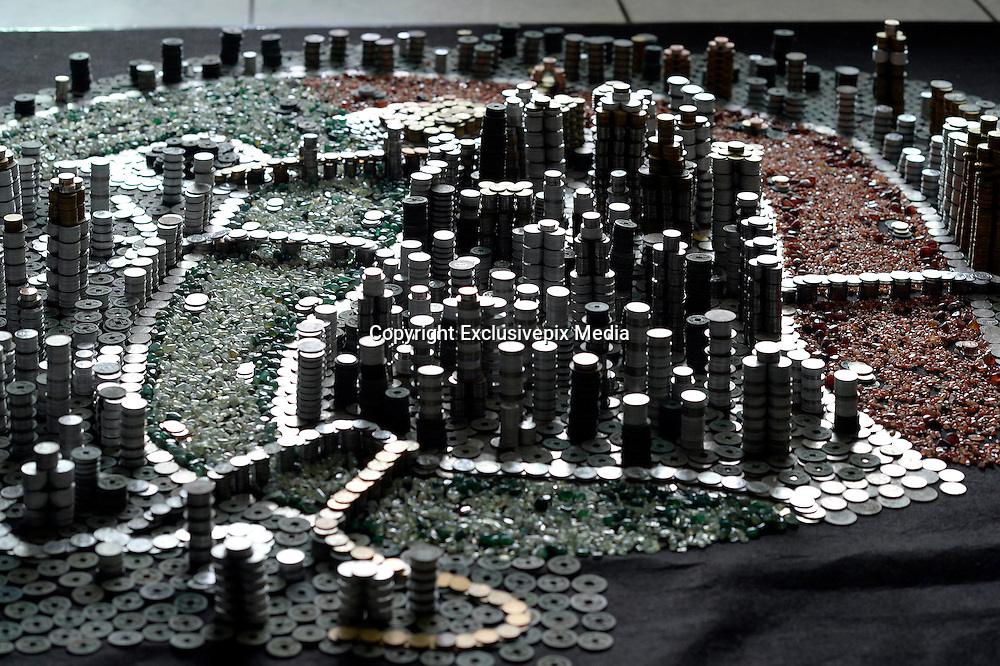