If you who want to take your self-shot elephant, leopard or giraffe as a trophy home, you can visit the white Namibian Louw Mel, just outside Windhoek. He and his 45 professional support staff will stuff your elephant for around EUR 38,000. But not only an elephant, also a giraffe (8500 euros), leopard (1800 euros), rhino (14,000 euros) or alligator (328 euro/per meter) Louw and his men transforms in a true work of art. At the door of Louw's office hangs a price list on which the 35 most popular species are listed. Taxidermy is legal in Namibia and very popular among hunters. In his workshop, hundreds of stuffed animals waiting to be shipped to the hunters who have shot them. The hunters are mostly white foreigners. Every week dozens of hunters, mainly wealthy Germans and Americans dressed in khaki safari outfit visit one of the many private nature reserves owned by white farmers for big game hunting. An average private property is as large as 5000 ha, where many wild animals live. A hunter must obtain permission (cost: 10 euros) from the Namibian Nature conservation and there is an official quota for the number of animals per species that can be killed. "But in practice, things are not so strict' a Namibian hunting guide tells me. "If you have enough money and you pay the owner of the private nature park, you can usually shoot what you want. So apart from the costs of stuffing the animal, the hunter must also pay the landowner for allowing to shoot wildlife. For permission to kill an elephant is around 20,000 euros, for an leopard 7000 euros, a lion 15.000 euros and an antilope 1500 euros. So, in order to get that self-shot elephant in your living room in Berlin, it will cost you around 60,000 euros (38,000 euros for stuffing, 20,000 euros for shooting and 2000 euros for transport to germany). Once a hunter has killed an animal, he brings it to a taxidermist such as Louw for the animal to mount. Louw stuffs arount 6000 animals each y 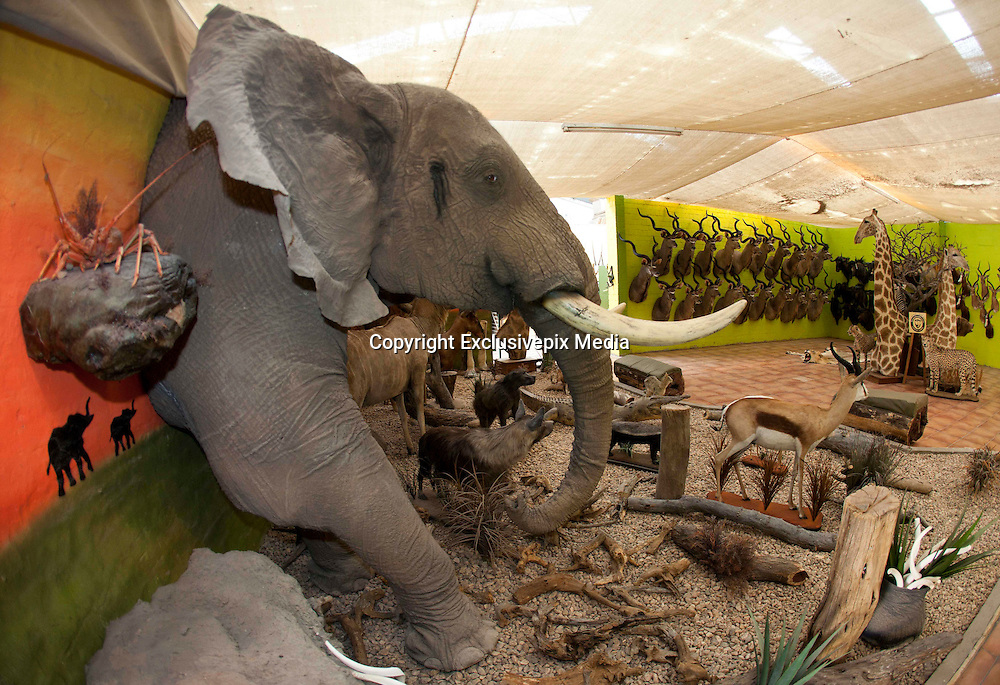