Queen Letizia surprises Penelope Cruz and Jorge Sanz with A fun visit in which the most spontaneous photographs of the Queen with his friends from cinema were captured. Queen Letizia greeted with hugs and kisses to the main characters, coming face to face with the other Queen in fiction, Penelope Cruz. Characterized as their characters, Penelope and Jorge told her the Queen anecdotes of filming and showed the scenarios in which the story unfolds. She loves the Spanish cinema. She laughed a lot, had a good time and gave us a joy to everyone Jorge Sanz told the magazine HELLO! She has a sense of humor and hand some of the good friends she have in the film, she spent a joke: The Queen of Spain in The Queen of Spain, said. This again brings to the big screen Macarena Granada (Penelope Cruz), the artist who in the first part of shooting a film in Germany in a convulsive time in its history (Nazism). Now Macarena returns from the United States to Spain turned into a big star, to film a movie and telling the story of the shooting that made the Americans in our country in the 50s, once the international blockade ended the dictatorship.
©Exclusivepix Media 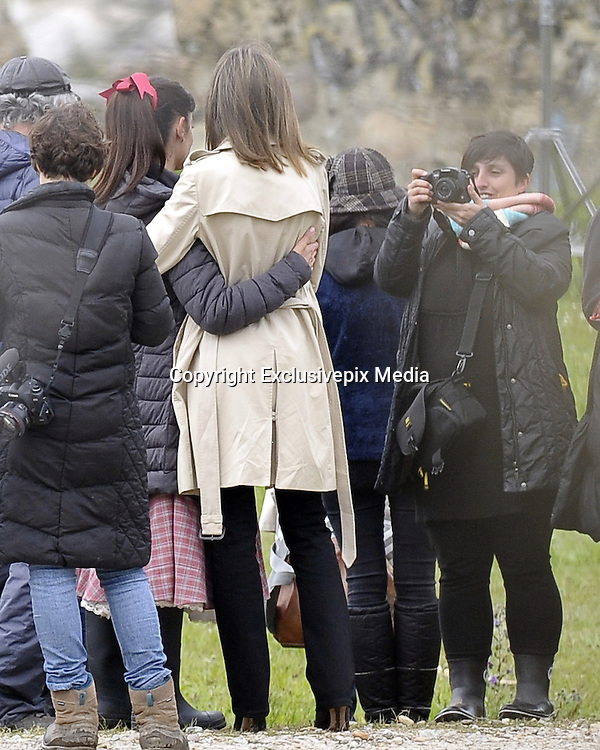