CECILIA sits outside her trailer under the 1st Street bridge, at a table of provisions, 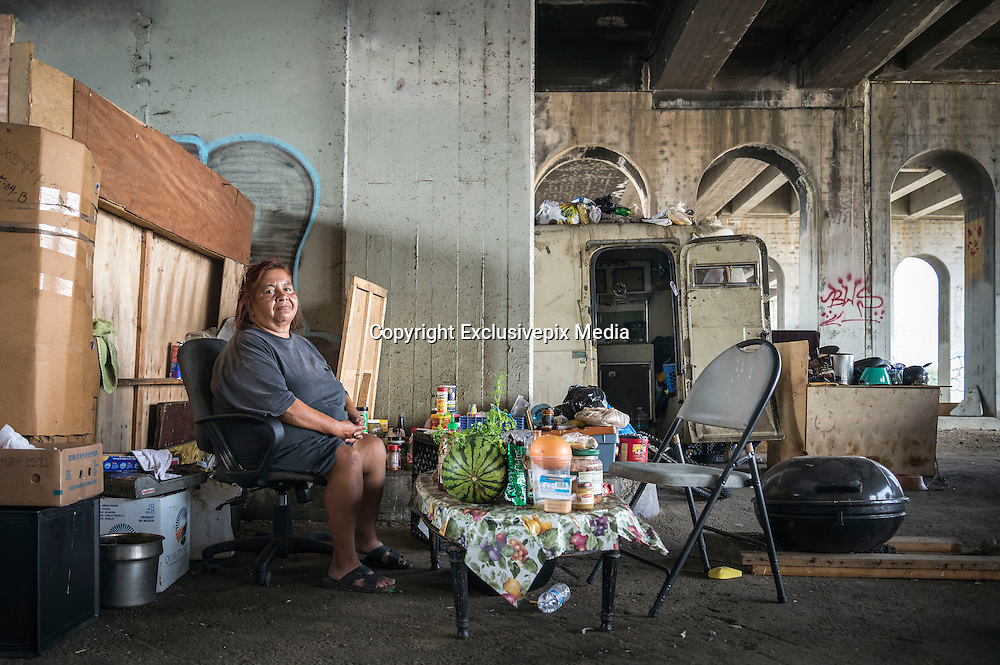