The girl who could come back from the dead: Toddler who died from a brain tumour is FROZEN by parents who hope she can one day be revived by medical advances

The girl who could come back from the dead: Toddler who died from a brain tumour is FROZEN by parents who hope she can one day be revived by medical advances

A two-year-old girl who died from a brain tumour has been frozen - in the hope she will one day be revived by advances in science.
Matheryn Naovaratpong, from Thailand, is thought to be the youngest person ever cryogenically preserved.
The toddler was diagnosed with an aggressive form of cancer last April after she failed to wake up one morning, Motherboard's Brian Merchant reports
After being admitted to a Bangkok hospital, tests revealed she had a 11cm tumour in the left side of her brain.

Doctors diagnosed her with ependymoblastoma, a rare form of brain cancer that afflicts the very young.
The outlook was bleak from the start - the disease has a five-year survival rate of 30 per cent.
To make matters worse, Matheryn - known to her family as Einz - had fallen into a coma.
After a months of intensive treatment, including 12 rounds of brain surgery, 20 chemotherapy treatments, and 20 radiation therapy sessions, it became clear there was little more doctors could do.
She died on January 8th this year after her parents switched off her life support machine.
By the time she passed away, she had lost 80 per cent of the left side of her brain - essentially paralysing the right side of her body.

But determined for some good to come from her death, her family have had her body cryogenically preserved - by one of the biggest providers of this service in the world.
Matheryn is currently at the Arizona-based Alcor, her brain and body frozen separately at 196C.
Her family's main - although many would argue, far fetched - hope is that one day, science will have progressed enough to restore life to her.
Alternatively, her parents want the cells from her brain and other parts of her body to be saved, so the disease that killed her can be studied in the future.
Aside from the huge number of 'what ifs', there is the co 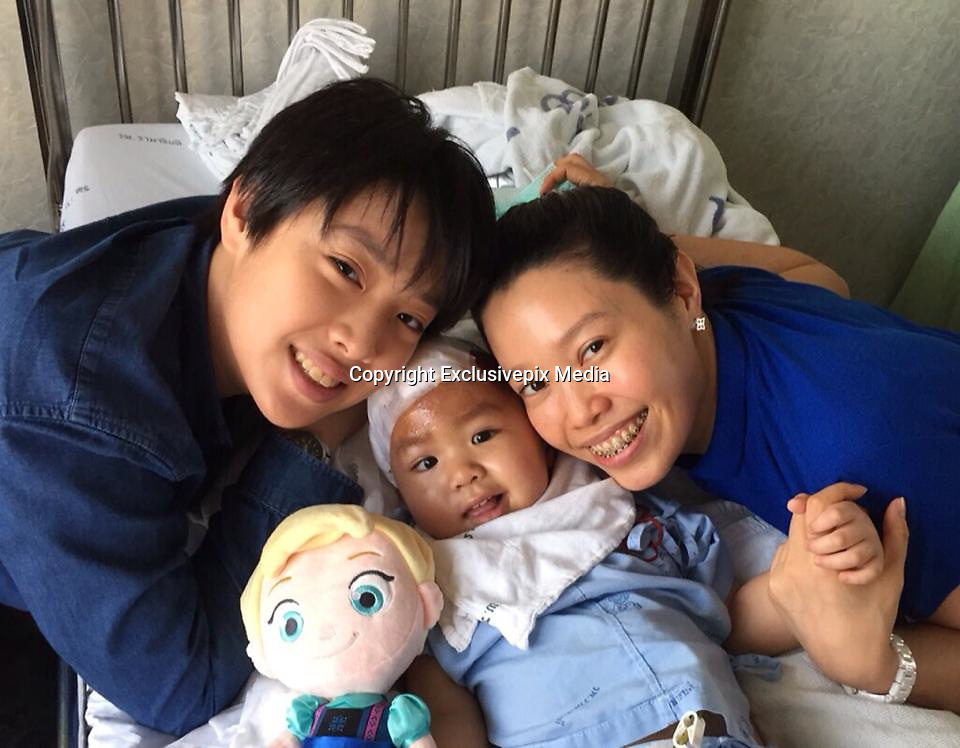