Woman Raises Dolls As Own Kids

A doll is dressed by an octogenarian female who raises the dolls as her own kids at a park on February 18, 2016 in Zhengzhou, Henan Province of China. The grandma who didn\'t like to be accompanied with her children has been taking three dolls as own kids for eight years. She bought the dolls clothes, took them to do exercises and always spoke to them.
©Exclusivepix Media 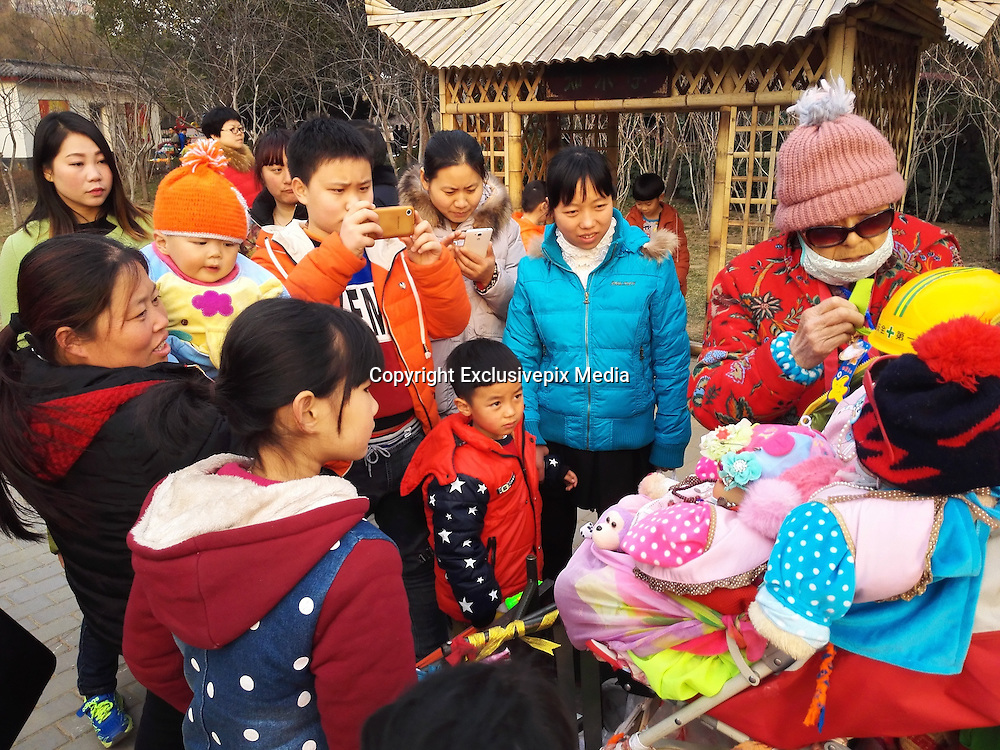