The most beautiful abandoned looking hotel, once promoted as "Hawaii of Japan"

The most beautiful abandoned looking hotel, once promoted as "Hawaii of Japan"

The abandoned Oriental Resort Hotel (Hachijo Royal Hote) Hachijojima Island, Japan Though the island was once promoted as "Hawaii of Japan," the number of tourists has decreased over the years.

The most beautiful abandoned looking hotel – this title goes to the Hachijo Royal Hotel, once the biggest hotel in all of Japan.

The mid 1960s heralded in an era which saw Japanese tourists travelling abroad in substantial numbers for the first time. Prior 1964, the Japanese Government made it near impossible for the average Japanese to acquire a passport to travel overseas. As comparatively close destinations such as those in Asia and the Pacific were off limits during the earlier part of the decade, the tourism industry looked nearer to home to find an equivalent haven. Thankfully they didn’t need to look too far with the Izu Islands sporting the subtropical volcanic island of Hachijo-jima 287 kilometres (178 miles) south of Tokyo. Short travel times by ferry and a readymade airport relinquished from Imperial Japanese Navy control meant the island could quickly scale up and handle large numbers of inbound tourists.

Government attempts to promote the island as the “Hawaii of Japan” resonated positively and soon the island saw a rapid influx of investment and property development. The largest among these was the lavish Hachijo Royal Hotel modelled on French Baroque architecture. Along with plaster renditions of Greek statues and ornate water fountains it stood proudly as a showcase of the economic boom taking place on the mainland. At the time of its opening in 1963 it was one of the largest hotels in Japan and attracted its cliental from the ever expanding Japanese middle class. The hotel complex was even audacious enough to embellish its then company’s president Eiji Yasuda with his own statue alongside his prized horse.

Fast forward 30 years and cracks had plainly emerged. With ov 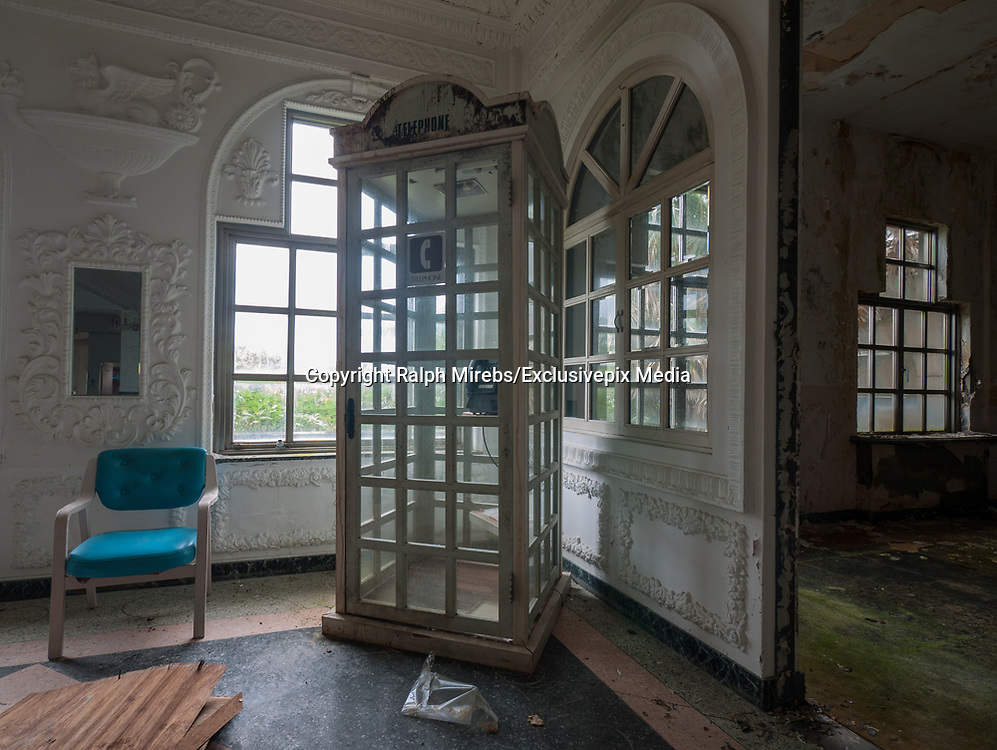