Located out in the wilderness of Pennsylvania lies a set of street cars, most of which are from Boston and Philadelphia. Often mistaken as being abandoned, the graveyard is actually a scrapyard and an active business.

They are owned by a man named Ed Metka who purchased many of them in the 1980s, when rail services were auctioning off their out of service PCC fleet. He had them transported on flatbeds from Boston to his railcar repair shop in a small coal mining town in the mountains of Pennsylvania.

The name PCC comes from the name of a design committee formed in 1929 as the Presidents’ Conference Committee. The PCC streetcar design was first built in the United States in the 1930s. The design proved successful here, and after World War II it was licensed for use elsewhere in the world. They were manufactured by St. Louis Car Company and Pullman Standard, many of which are still in service all around the world.

Metka had initially planned to repair them and sell them , but hasn’t found an interested buyer for them yet. Over the past couple of years, the cars have been vandalized and scrap metal thieves have stolen parts of the cars. Until a buyer is found, they will continue to deteriorate.
©Abandoned Florida/Exclusivepix Media 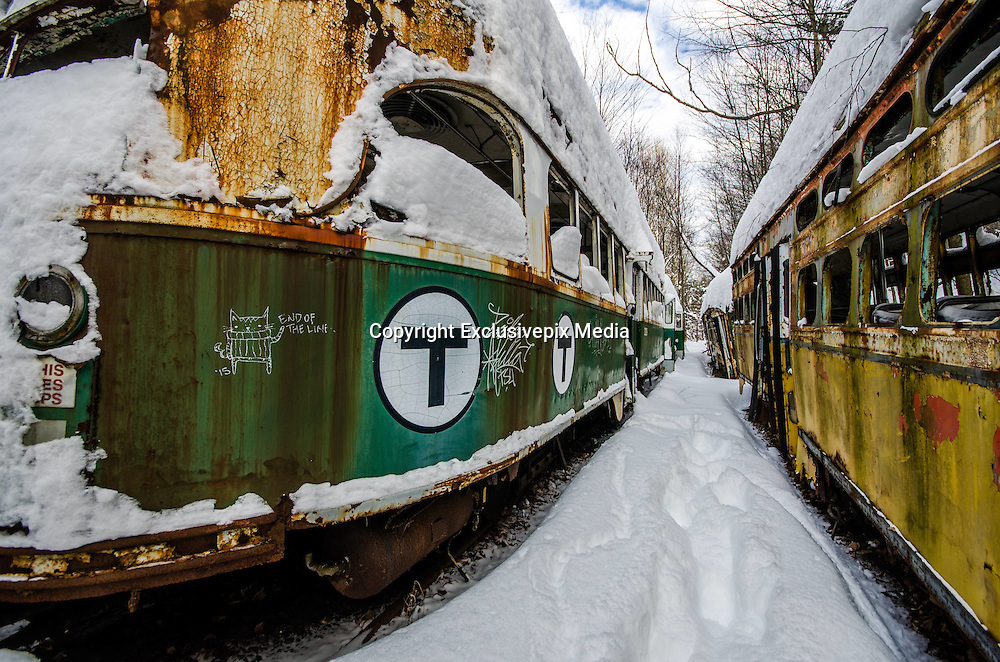