'I never wanted people to notice me': How shy mother-of-five transformed herself into bikini-wearing bodybuilder at age of 53

'I never wanted people to notice me': How shy mother-of-five transformed herself into bikini-wearing bodybuilder at age of 53

After five children, most women would be terrified by the prospect of wearing a bikini. But for Debra Berney it was the best way to show off a year's hard work preparing for the NCP BWI Body Building Figure Competition.
But flaunting her gym-honed body in public is a new concept for the 53-year-old, from Baltimore, Maryland, as until recently she had always shied away from any kind of form-fitting clothing.
Though she had never been particularly heavy, Mrs Berney revealed today how she had always been self-conscious about her body.
She told AOL's Marlo Thomas: 'From high school on, I was just never comfortable with my body. There was always that extra 15lb. So I never dressed flashy. I'd wear full skirts, nothing form-fitting. I probably made myself look worse. I guess I didn't want people to notice me.'
She said she had always enjoyed being involved in high school stage shows as a teen, though her insecurity held her back from stepping into lead roles.
'I was a skinny kid, but when I hit puberty, it was like adding water to a sponge,' she recalled. 'I was very self-conscious about my appearance, but on stage, I could be whoever I wanted to be.'
Though she went on to be a successful speech pathologist, it was not until she hit her mid-forties, after five children, that Mrs Berney decided that she needed to change her life, beginning with a new career in wellness.
She explained: 'I wasn't completely sure what I wanted to do, but I made a conscious choice that I was going to go from pathology to wellness.
'But I felt guilty. With five kids – three of them in college – bringing yet another tuition into the picture and taking time away from my husband seemed like a lot to ask.'
Inspired by her masters course, she also began working out in the university gym three times a week.
'I wanted, at least once in my life, to be in really good shape 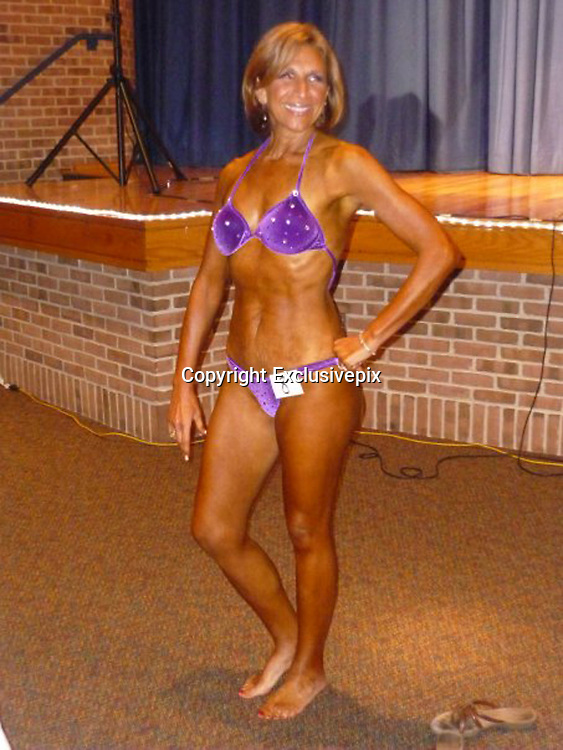