A tonne of heroin worth almost £160million has been found hidden inside sacks of cement on a tiny sailing boat in the Indian Ocean.

The crew of an Australian warship intercepted the dhow 27 nautical miles east of the Kenyan port city of Mombasa and discovered the drugs stowed in 46 separate bags.

The seizure is largest ever in the history of the Combined Maritime Forces, a joint operation between 30 countries to combat piracy, militancy and smuggling in the waters east of Africa.

The frigate HMAS Darwin intercepted the vessel on Wednesday night and confiscated 1,023 kg of heroin, according to Australia's Defence Department.

The drugs were destroyed, the online statement said.

'This is a major heroin seizure, which has removed a major source of funding from terrorist criminal networks,' said the ship's commanding officer Commander Terry Morrison.

The coup came as part of the joint operation's bid to preserve order in a huge region spanning the Red Sea, Gulf of Aden, Arabian Gulf, Arabian Sea, Indian Ocean and the Gulf of Oman.

The area includes the waters off Somalia's Horn of Africa, which have been blighted by piracy including several high-profile hijackings of British yachts.

'I can authoritatively say that the seizure of such heroin never happened within our Exclusive Economic Zone,' he said.

'We are doing daily surveillance within our territorial waters and we have not received such a report.'

News agencies described the vessel as a dhow, a traditional African and Middle Eastern sailing boat, although no sails were erected when it was photographed by the Australian Navy.

There has been a surge in the volumes of heroin trafficked through eastern Africa in the past few years, according to the Uni 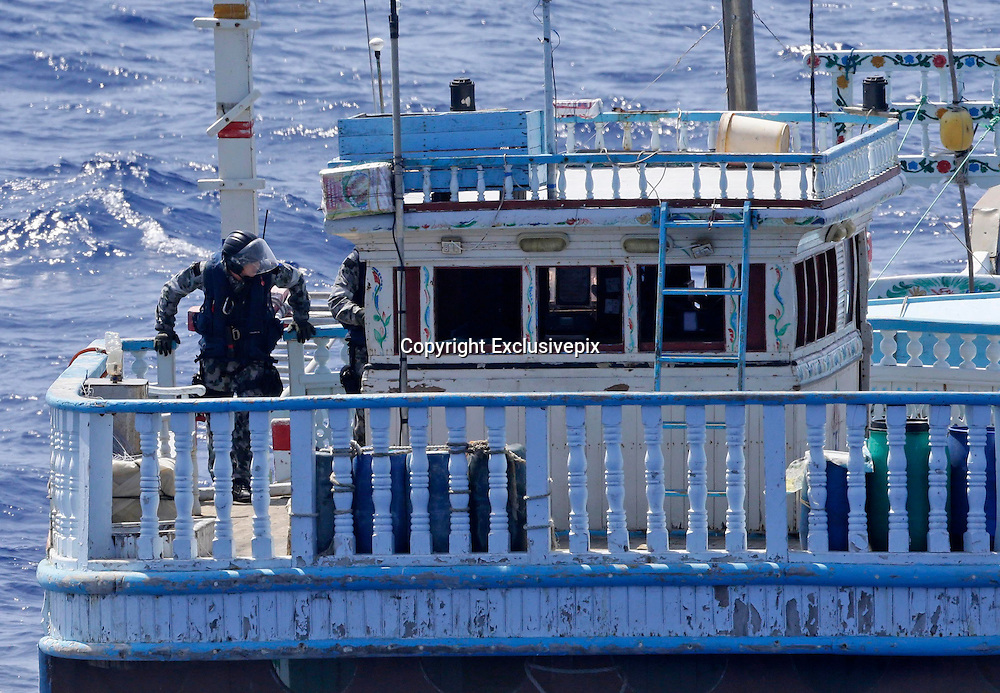