17/09/2010 - Scotland
Graduation day for Prince William, the search and rescue helicopter pilot
Prince William will today graduate as a Search and Rescue Force helicopter pilot and has expressed his delight at completing the 'challenging' course.
The second-in-line to the throne will join 22 Squadron, C Flight as a fully operational co-pilot in a Sea King Mk3 helicopter now that he has completed his flying training.
The prince, who will be based at RAF Valley on Anglesey, said: 'I am really delighted to have completed the training course with my fellow students.
'The course has been challenging, but I have enjoyed it immensely. I absolutely love flying, so it will be an honour to serve operationally with the Search and Rescue Force, helping to provide such a vital emergency service.'
The 28-year-old prince has spent the last 18 months on a number of flying courses progressing from the Squirrel HT1 helicopter to a Bell 412EP Griffin and finally spending much of the last year at the controls of  a4-man Sea King on an operational conversion unit to prepare him for his new role.
At RAF Valley later today Flight Lieutenant Wales and six fellow students will be presented with their certificates and Search and Rescue Force badges by the unit's Commander, Group Captain Jonathan Dixon.
A St James' Palace spokeswoman stressed the prince would not have any guests at the presentation.
It will be a number of weeks before the royal embarks on his first 24-hour shift as he will have to undergo 'acceptance' training -  familiarising himself with the the terrain and landing sites that he and his crew will be expected to cover.
Photo Shows: Can one get Radio 2 on this? The Sea King boasts state-of-the-art navigation systems and a wide selection of radios
©Crown Copyright/Exclusivepix 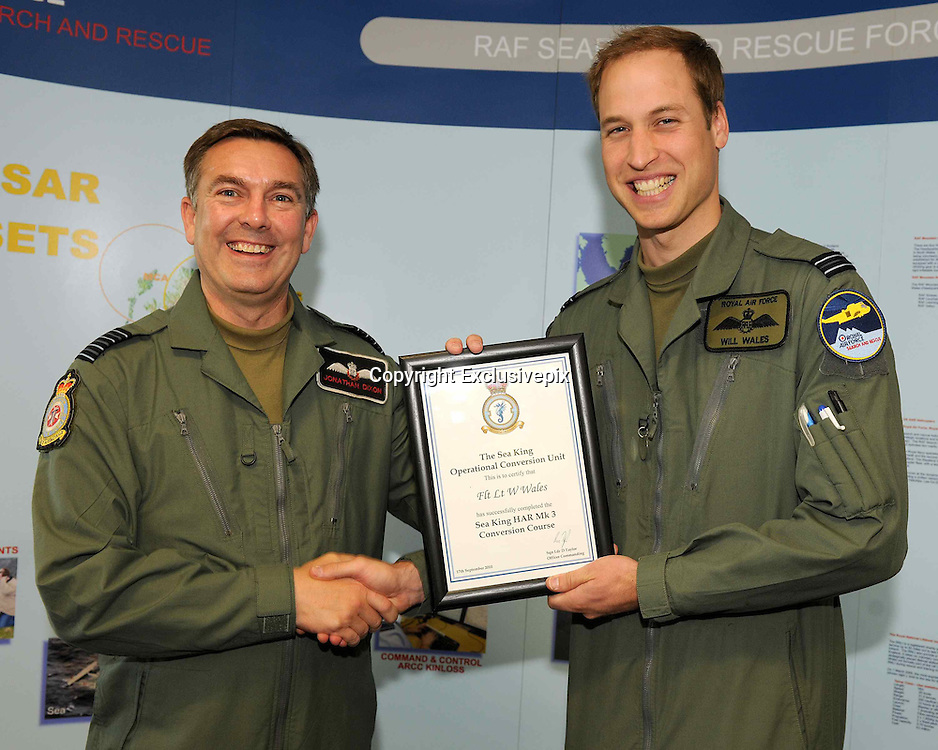