In Shintomi Town, Japan, there's a field that more than 7,000 people flock to every spring. Every year, it bursts into a sea of thousands of pink flowers, which were all planted by a single man for what may be the most adorable reason ever.

Once a dairy farm, the land was brought by a young Mr and Mrs Kuroki, after they married in 1956... After 30 years of marriage and raising a herd of cows together, Mrs Kuroki lost her vision in just a week because of a complication from diabetes. Mrs Kuroki began to shut herself away and began living a life of seclusion in her home. Mr Kuroki figured that if he could get a few people to visit his wife every day, it would cheer her up. So he spent the best part of two years creating the foundation for a garden, chopping down trees and planting flowers. Eventually, their home was surrounded by an ocean of sweet-smelling pink flowers. More than a decade after the first seeds were planted, thousands of lovers flock to the field every year. Mr and Mrs Kuroki still walk in their garden every day, and Mrs Kuroki seems to have cheered up considerably..
©Yoshiyuki Matsumoto/Exclusivepix Media 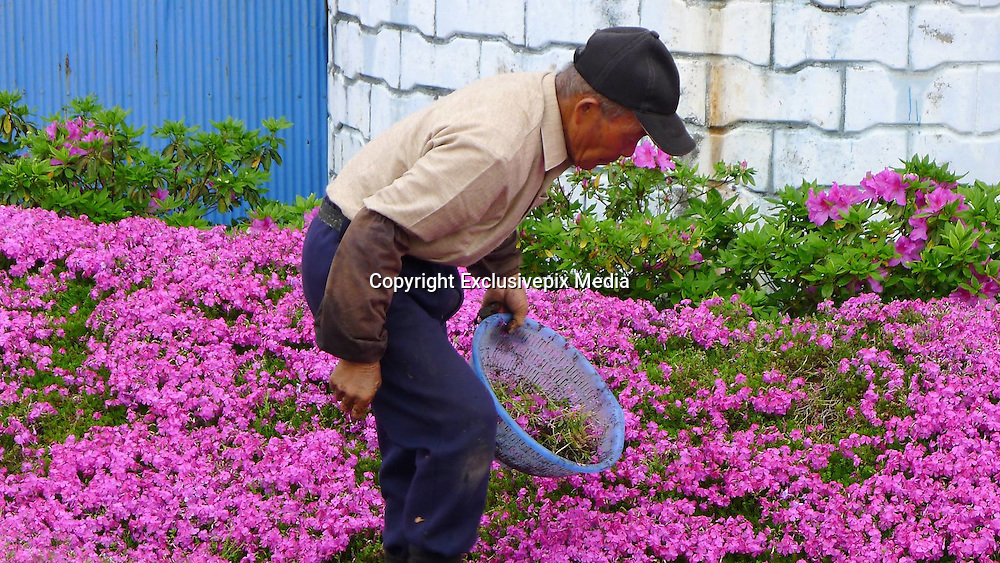