It's a Bird! It's a Plane! It's...Phoenix Jones?!
They are ordinary men in extraordinary costumes, and they have risen from the ashes of our troubled republic to ensure the safety of their fellow citizens. Jon Ronson goes on patrol with Urban Avenger, Mr. Xtreme, Pitch Black, Knight Owl, Ghost, and the baddest-ass "real-life superhero" of them all, Phoenix Jones

Five nights a week, Phoenix dresses in a superhero outfit of his own invention and chases car thieves and breaks up bar fights and changes the tires of stranded strangers.

Phoenix didn't know this when he first donned the suit about a year ago, but he's one of around 200 real-life superheroes currently patrolling America's streets, looking for wrongs to right. There's DC's Guardian, in Washington, who wears a full-body stars-and-stripes outfit and wanders the troubled areas behind the Capitol building. There's RazorHawk, from Minneapolis, who was a pro wrestler for fifteen years before joining the RLSH movement. There's New York City's Dark Guardian, who specializes in chasing pot dealers out of Washington Square Park by creeping up to them, shining a light in their eyes, and yelling, "This is a drug-free park!" And there are dozens and dozens more. Few, if any, are as daring as Phoenix. Most undertake basically safe community work: helping the homeless, telling kids to stay off drugs, etc. They're regular men with jobs and families and responsibilities who somehow have enough energy at the end of the day to journey into America's neediest neighborhoods to do what they can.

But what does being an urban crime-fighter involve and why do the 'real-life superheroes' feel a need to put their lives at risk?
"We are basically a citizen eye witness group. If we see a crime, we run to the victim, see if they want to press charges, at that point we'll go after the bad guy, catch him, and either hold them in position or dial 911 and wait until the cops arrive," Seattle 'superhero' Phoenix Jones says.
"When I see som 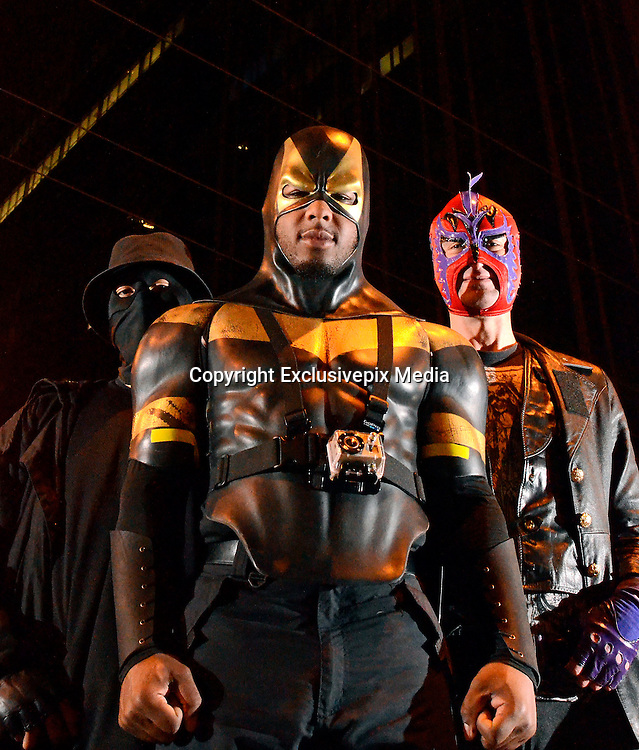