Who you calling Spike? Mahalo, the dog who took on a porcupine and came off worse, narrowly lives to tell the tale

Who you calling Spike? Mahalo, the dog who took on a porcupine and came off worse, narrowly lives to tell the tale

A dog in Canada is lucky to be alive after being attacked by a porcupine and stabbed with barbs all over, including the heart and lungs.
Mahalo was out playing with two other dogs in Saskatchewan - which shares a border with Montana in the south - when they encountered the spiky animal and were attacked.


The animal punctured all three canines with its quills, but Mahalo was hurt the most

The dog had to undergo surgery to remove the dangerous barbs.

Mike Gerrand, a friend of Mahalo's owner, has set up a GoFundMe page to help them cover the dog's extensive vet bills.
The cost of the surgeries has now hit $8,000.
"These dogs are the love of my dear friend Dennis' life," wrote Gerrand.

'Dennis is a youth worker at the Street Culture Project and runs a small Organic Farm outside Regina.
'Dennis has had to take weeks off work to travel to Saskatoon to be with his baby girl.'

As of Tuesday night, the page had raised over $10,000.
©Exclusivepix Media 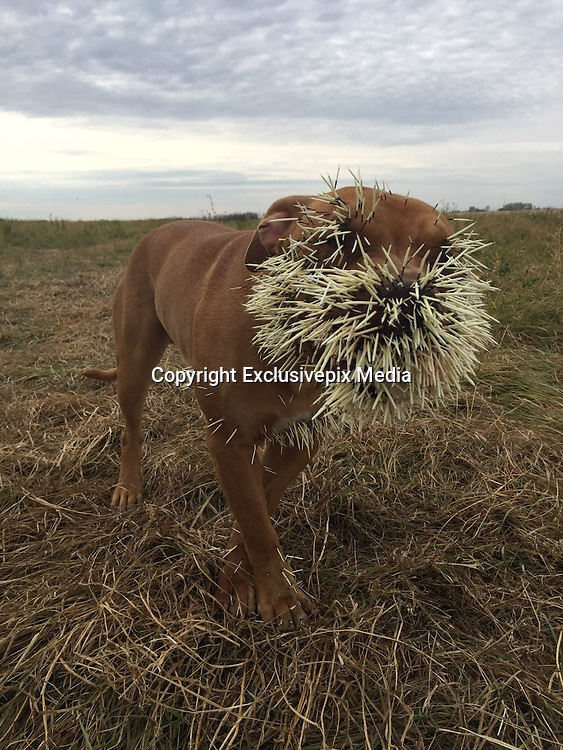