ABUSHE, THE CHILD WITH PLASTIC EYES

ABUSHE, THE CHILD WITH PLASTIC EYES

Abushe lives in Jinka, southern Ethiopia, which is the gateway to the Omo Valley tribes. He is 8 years old. Like hundreds of other children, he wanders in the streets, where he kicks a ball in endless football games with friends his age. They have turned the sidewalks into their own Maracana but are regularly chased away by the banks and shopkeepers.

No one would pay any attention to Abushe, who is dressed in a yellow t-shirt decorated with a clown fish that is too big for him, but if you catch a glimpse of his eyes, their incredible magnetic colour will stop you in your tracks. If the region was not so remote and saw only few visitors, one would ascribe it to the effects of great miscegenation, but Abushe actually suffers from the Waardenburg syndrome.

One of the characteristics of this syndrome is an abnormal spacing between the eyes – which is moderately the case for Abushe – but mainly a special pigmentation of the irises. This phenomenon is rare and is thought to occur every 300,000 births on all continents. Its effects are obviously striking on a child with black skin like the little Ethiopian.

In Africa, being outside the norm will often mean humiliation, or worse, persecution or even ritualistic crimes, as with albinos whose nails, fingers or hands are sold for a fortune to businessmen or politicians seeking better luck.

Abushe's father has died and his mother is struggling to raise him. She had to go work on a farm several hours away from Jinka for a few months for the small salary of 1.50 euros per day – hardly enough to survive, especially after paying the 5 euro monthly fee for the school.
So, his grandmother is taking care of him. He was living and sleeping in her tukul, the traditional hut made of wood, adobe and thatch, when one night, a fire broke out. In the middle of the tukuls, there is always a fireplace which is used to cook, to repel insects and to provide heat at night. 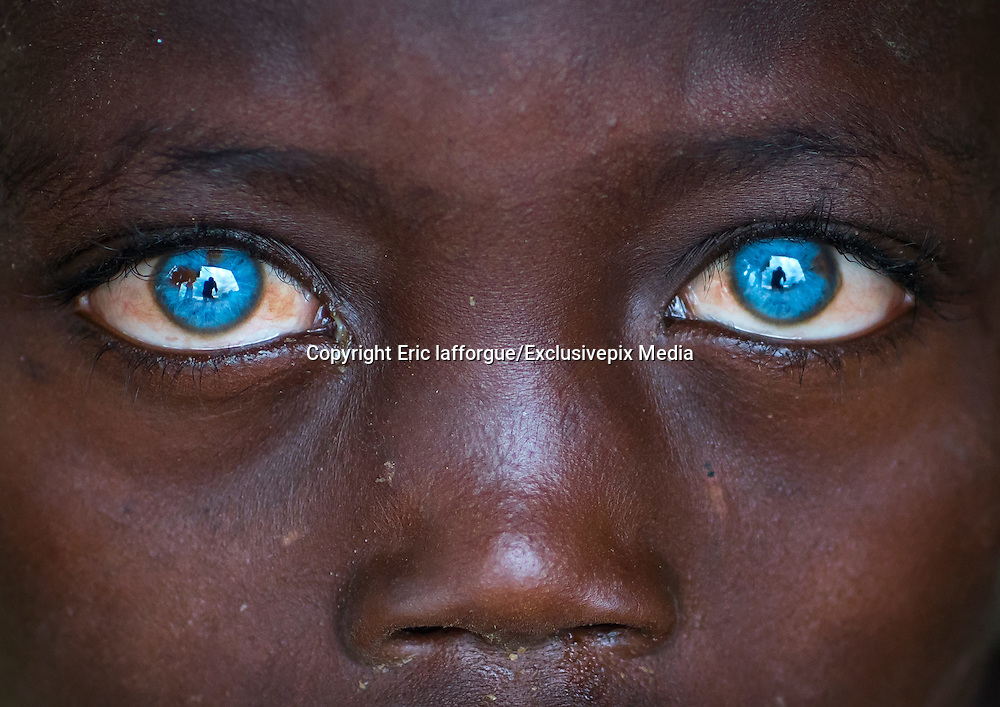