With some imagination, vegetables and fruits can resemble face of people and animal. Glue two eyes to it and a vegetable often becomes alive. It does not always work but some transform in humans. A bunch of carrots become children being lined up at school. Carlic is in love and wants to kiss. A green pepper becomes an old people face. Sometimes the vegetables or fruits become more an animal face; The root which turns into an elephant head or a banana that changes into a pigeon's head. Yet another possibility is that it turns into a undefined creature such as a celled animal or spermcel. It is a matter of try and error. When you put eyes on a vegetables there are two possibilities to happen: Either it works and the vegetebale immediately transforms into an animal or human. Or it does not work and the vegetable looks like a vegetable with eyes clued on.
©Ton Koene/Exclusivepix Media 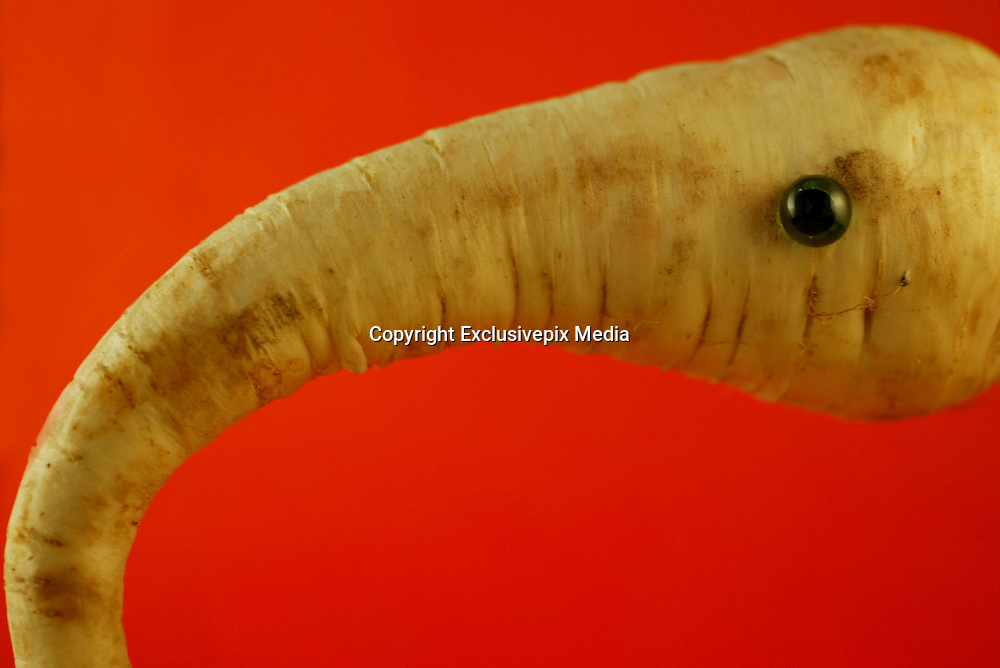