Postcards had been around since 1869, but it wasn't until 1894 that pictures began to be printed on them. The photo postcards were an immediate success. Their popularity inspired photographers to experiment with ways to add more humor to them, and soon they had translated the idiom of the tall tale into visual form, creating tall-tall postcards, also known as "freak" or "trick" postcards.

Oversized crops and animals were a popular theme, especially in the Midwest where farmers got a kick out of sending pictures showing corn as big as trees and cabbages larger than barns to relatives back east. The oversized farm and dairy products evoked the idea of easy abundance at the heart of the American dream. The deeper joke was that these were actually hard years for America's farmers, which gave these cards an edge of dark humor.

William "Dad" Martin of Ottawa, Kansas was one of the masters of the genre and a great innovator in the art of photo fakery. His work was characterized by a fine attention to detail and lifelike effects. Martin's company, the Martin Post Card Company, made him a wealthy man. Fliers for his business read, "This is Dad Martin. He has been arrested for hunting. He is a fool about fishing. But wise on photography."
©OnemansTreasure/Exclusivepix Media 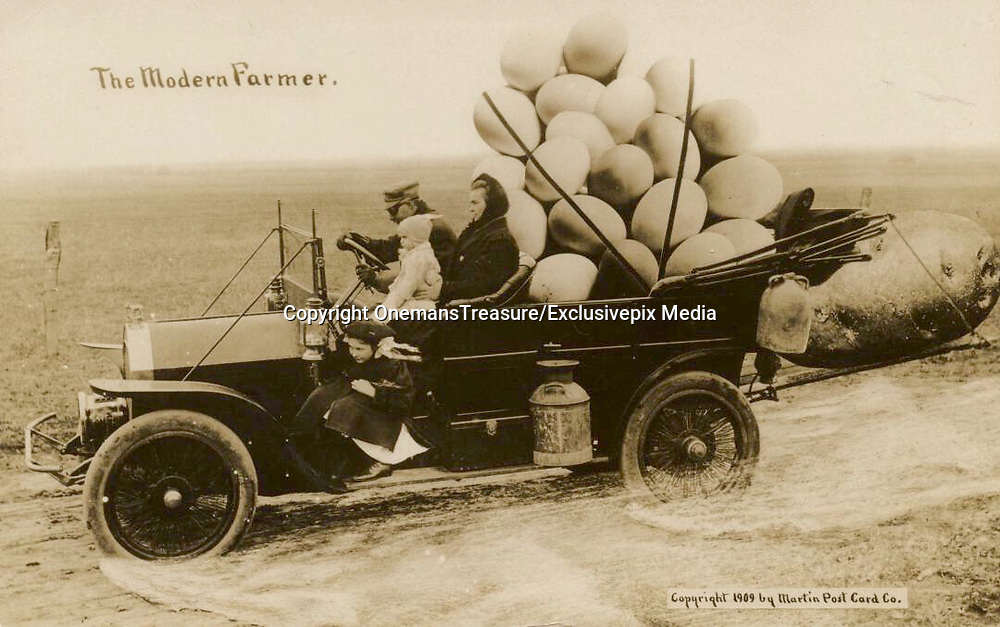