Few devices in use today are as cruel, deadly and indiscriminating as leghold traps — their steel jaws set to snap down on any animal unfortunate enough to land a limb within range of its powerful bite.

Though countless animals die in these traps each year, their suffering is almost aways seen only by the one who caused it. On Sunday, Susan Boardman was out with her husband near their home in Bonneauville, Pennsylvania, when they spotted a bald eagle on the ground in the distance. While normally such a sighting might inspire wonder and humility, opposite feelings arose as the eagle took flight.

It was then that they noticed the trap latched tight on the eagle's talon — evidence of an attempt on his life, which he somehow managed to overcome.

"It was heartbreaking to see him like this," said Boardman

In this instance however, the horror of this device was visible for all to see. And so, too, was the extraordinary perseverance of one creature caught in its grip. Even in this predicament, the bald eagle managed to fly away. Boardman alerted wildlife officials and others that help was needed to save him.

After seeing Boardman's photos, local birdwatchers and wildlife experts spent the following days trying to track down the imperilled eagle, fearing he would soon starve to death or perish from what appeared to be a possible infection on his talon. Then they found him.

On Wednesday, the bird was discovered perched high in a nest alongside his mate, with that cruel trap still attached.

For birdwatcher Karen Lippy, who first spotted him there, his insistence on staying alive clearly had been driven by something bigger than himself.

"He ignores his own issues to take care of family," said Karen Lippy
"He is strong. He is courageous. He is stubbornly single-minded."
As state officials were deciding how best to proceed in removing the trap, something remarkable happened — the bald eagle be 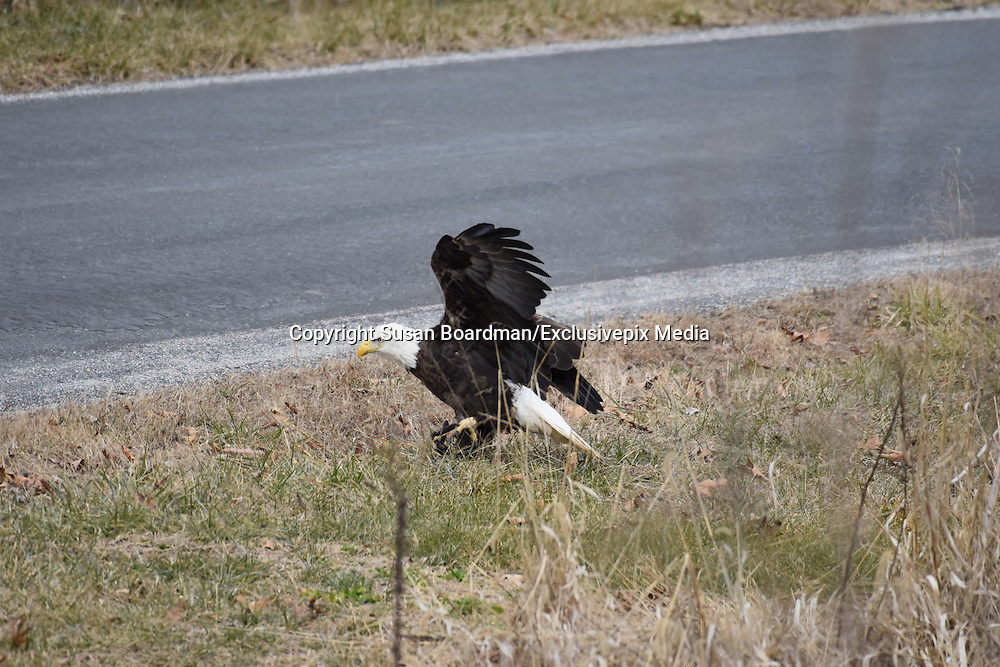