Photo shows: These dried frog pieces was part of a traveller's homemade curry mix. It was understandably confiscated
©Department of Agriculture and Water Resources/Exclusivepix Media 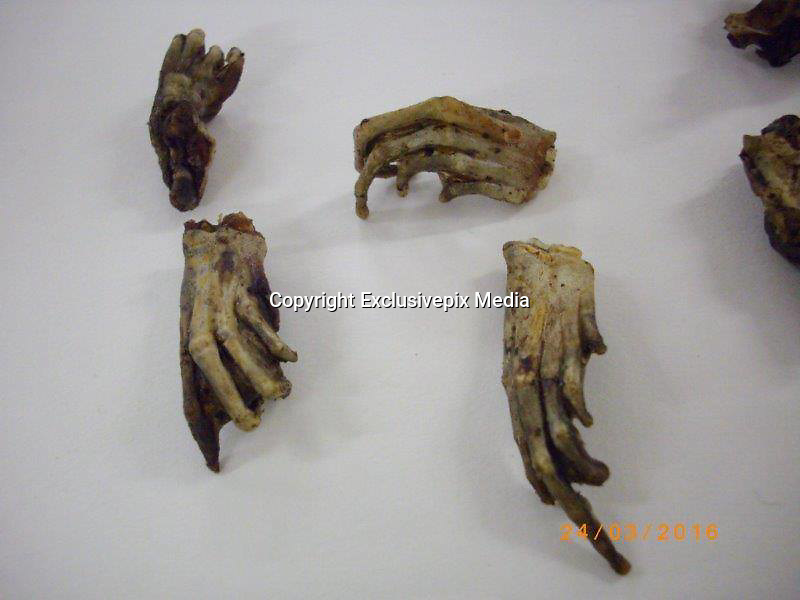