Doctors wheeled Chen Xiaotian\'s body to harvest his organs after Chen died at 4:15 a.m. on on April 2, 2014, in Wuhan, Hubei Province of China. Chen Xiaotian, a 7-year-old boy died from malignant brain tumors at 4 a.m. on April 02, 2014. He donated his left kidney to his mother Zhou Lu who suffered from uremia and can only cured by a kidney transplant. Chen was diagnosed with malignant brain tumor when he was five-and-a-half years old and has lost his vision in both eyes early this year due to the exacerbation of his brain tumors. Chen also donated his right kidney to a 21-year-old woman and his liver to a 27-year-old man. The operation was both completed on Wednesday.
©Exclusivepix 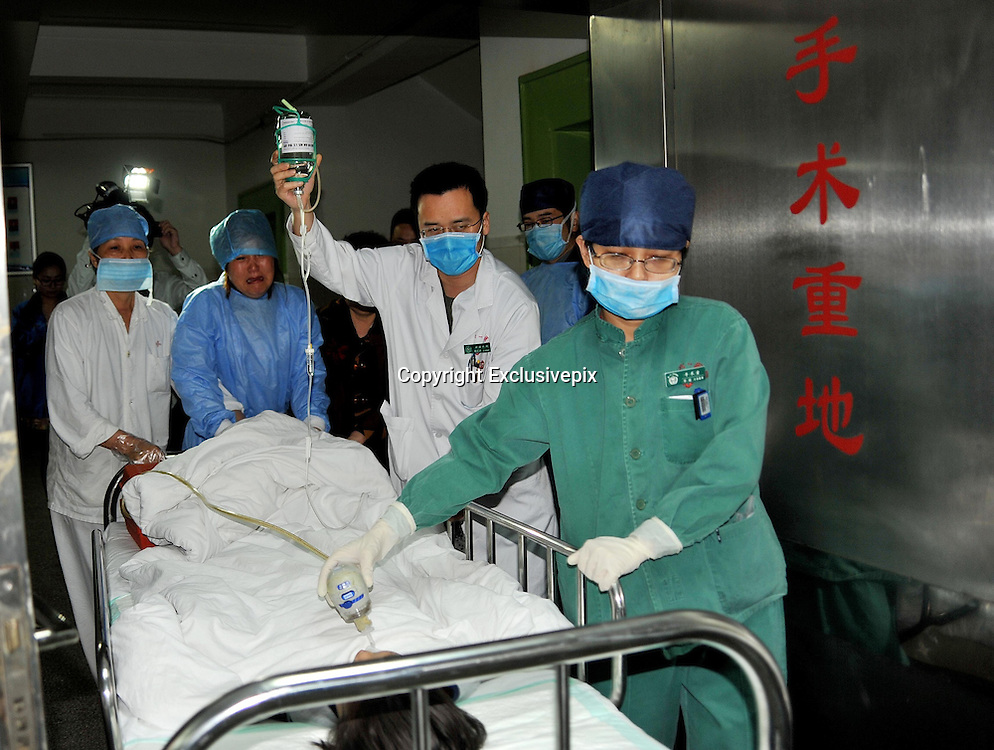