The Survival Condo Project is a luxury condo complex housed in a former underground missile silo near Concordia, in Kansas, in the US. Located 15 stories below ground, it was designed to comfortably survive any apocalypse such as global health pandemics, cataclysmic weather, and terror attack, including a nuclear one. The missile silo was originally built by the U.S. Army Corps of Engineers in the 1960’s for the Atlas “F” missile, and there were 72 of them around the country. The walls of the silo, constructed out of epoxy-hardened concrete, are 9 feet thick and designed to survive a direct nuclear strike. The dome structure that covers the silo cap can withstand winds in excess of 500 mph.

The survival condos are designed to hold up to 70 people and have enough resources to keep them alive for years, as they wait for the dust to settle. A single condo in nearly 2,000-square-foot in size and cost anywhere from $1.5 to $3 million. Larry Hall, the brainchild behind the project, says that the condos are already sold out, but Mr Hall is currently working on a second.

The condos are equipped with a number of modern amenities: flat-screen TVs, pools, theater, workout area, classrooms and library, and a minor surgery center. Each residential unit is provisioned with a five-year supply of freeze-dried and dehydrated survival food per person. In addition, they have a hydroponic garden where they plan to grow 70 varieties of fruits and vegetables and there’s a fish farm where they’ll raise tilapia.

The air supply for the entire facility is filtered by Nuclear, Biological, and Chemical (NBC) filters and the physical air intakes are protected by blast valves that prevent an overpressure air wave created by a nearby explosion from entering the facility and killing those inside. Power is provided by the local electric grid, with a backup large wind turbine, and a diesel generator, while water is provid 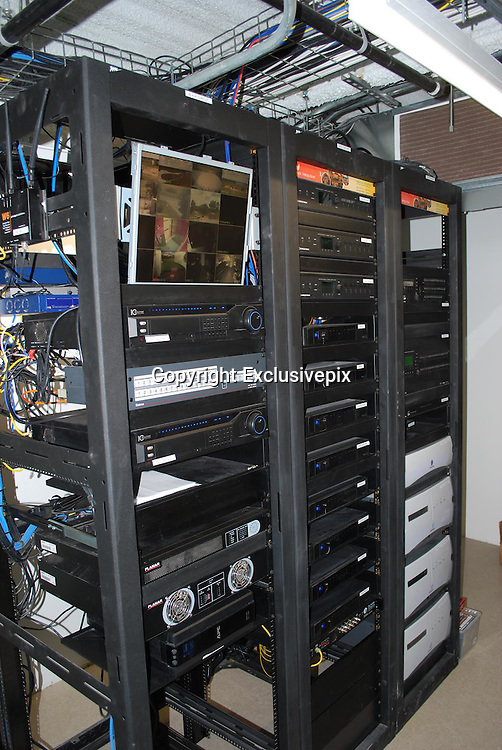