World War II began when Hitler's army invaded Poland on September 1, 1939. However, it wasn't until the day after the Japanese attacked Pearl Harbor on December 7, 1941, that the United States declared war on the Axis Powers.

The railroads immediately were called upon to transport troops and equipment heading overseas. Soon the efforts increased to supporting war efforts on two fronts-- in Europe and in the Pacific.

Prior to the 1940s, the few women employed by the railroads were either advertising models, or were responsible primarily for cleaning and clerical work. Thanks to the war, the number of female railroad employees rose rapidly. By 1945, some 116,000 women were working on railroads. A report that appeared on the 1943 pages of Click Magazine regarding the large number of American women who had stepped forward to see to it that the American railroads continued to deliver the goods during the Second World War:

"Nearly 100,000 women, from messengers aged 16 to seasoned railroaders of 55 to 65, are keeping America's wartime trains rolling. So well do they handle their jobs that the railroad companies, once opposed to hiring any women, are adding others as fast as they can get them..."

In April 1943, Office of War Information photographer Jack Delano photographed the women of the Chicago & North Western Railroad roundhouse in Clinton, Iowa, as they kept the hulking engines cleaned, lubricated and ready to support the war effort. 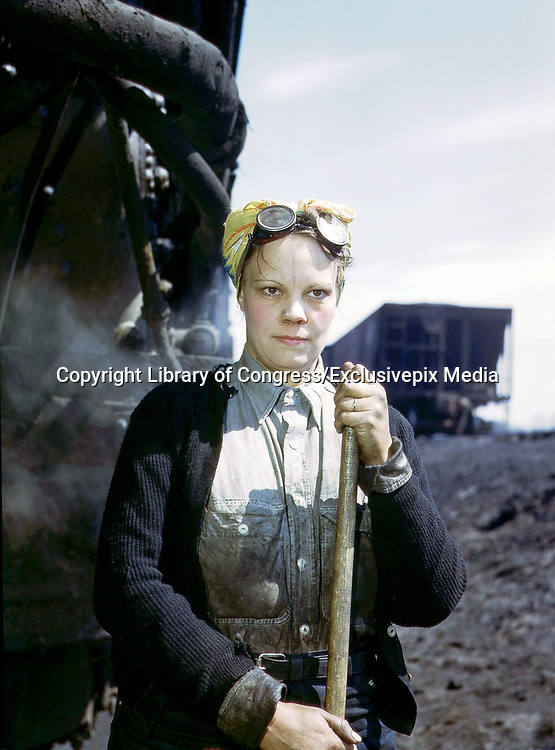