World’s biggest tyre graveyard: Incredible images of Kuwaiti landfill site that is home to SEVEN MILLION wheels and so huge it can be seen from space

An average car tyre will travel around 20,000 miles over its lifetime, but when they have reached the end of their life in Kuwait... they are destined for the tyre graveyard.

In Kuwait City's Sulaibiya area every year gigantic holes are dug out out in the sandy earth and filled with old tyres - there are now over seven million in the ground.

The expanse of rubber is so vast that the sizable indents on the earth are now visible from space.

It is thought the tyres are from both Kuwait and other countries which have paid for them to be taken away - four companies are in charge of the disposal and are thought to make a substantial amount from the disposal fees.

The European landfill directive means that this type of 'waste disposal would be illegal in Europe - since 2006 EU rules have banned the disposal of tyres in landfill sites, leaving about 480,000 tonnes of recyclable shredded rubber each year

In Britain all car and truck tyres must be recovered, recycled and reused.

Currently, more than 80 per cent of the 55 million used tyres generated in Britain are processed via the Responsible Recycler Scheme.

The scheme ensures full traceability and accountability of waste tyres throughout the disposal chain, from collection through to their final reuse in an environmentally friendly or acceptable method.

Bales of tyres can be used in the construction of modern engineered landfill sites and flood defences. If waste tyres are in good condition, they can be re-moulded and put back on the road as ‘re-treads’. 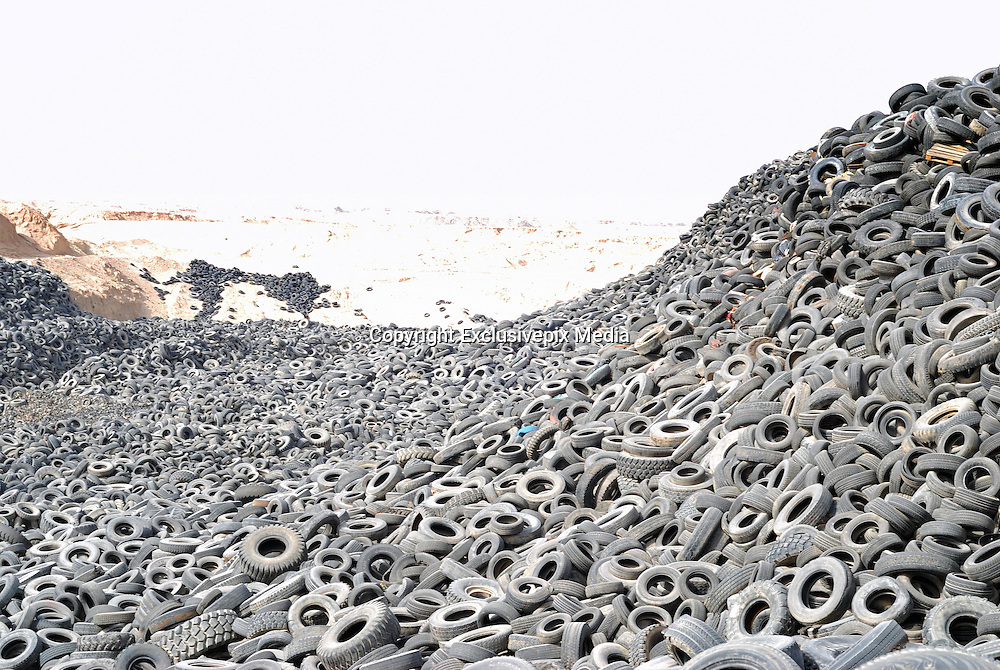