Furious over an argument on the validity of the answer to a classroom assignment, Indian teacher needled the eye of a 14-year-old student with the dial of his wristwatch.

The extreme case of corporation punishment, which took place a state-run secondary school in Lakhisarai district in the North Indian State of Bihar, led to the class IX student losing his eyesight.

The police have registered a case against a school teacher under corporal punishment for beating Saurabh Kumar and needling his left eye with the dial of his watch.

The student was admitted to a private hospital where eye specialist doctor confirmed that the boy has lost high eyesight.

The city police, which launched a manhunt for the accused two days ago, is yet to catch hold of the teacher.

According to the police, the accused has been identified as Balram Singh, a trainee teacher at the school.

The teacher reportedly shoved the dial of his watch in left eye of the student. “The trainee teacher Singh was not happy with the answer the student had given. However, student was rigid that he had given correct answer. This led to a heated argument between them. The teacher lost his control and allegedly beat the student blue and black. And, finally, he pushed his watch in his left eye,” said Rajesh Ranjan, the in charge of city police.

Initially, the student was admitted to a state-run hospital, but he was referred to Patna where is undergoing treatment at private nursing home.

The family of Saurabh have been staged protest and demanded immediate arrest of the teacher.

Sony Kumari, another school teacher of the school, said: “The teacher Singh used to beat every students without having any rhyme or reason and even school principal Manorma Devi was informed about it. But, school principal did not pay heed on the issue.”

The accused teacher is under training at Mahatma Gandhi B.Ed college and was teaching at 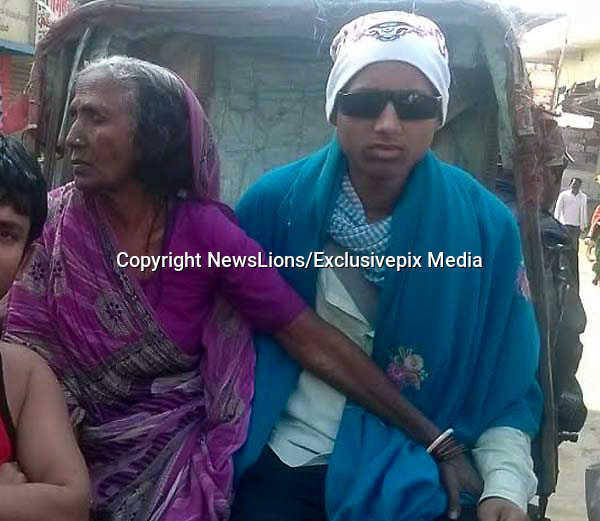