'Concept cars' are unveiled by car makers to show off new technologies. Sometimes they evolve into production vehicles, sometimes they don't - but very occasionally, they offer a vision of the future.
Holden's Hurricane - unveiled 42 years ago in Melbourne - was packed with decades-worth of technologies that have become standard in cars. The Hurricane not only had digital displays, it also had a primitive magnetic GPS system, a rear-view CCTV camera, and a hydraulic entry system that would have made the Dukes of Hazzard jealous - the entire roof lifted off on hydraulic plates.
Now the concept car has been brought back to life at a motor show in Melbourne.
Other 'extras' that would then have smacked of science fiction included a 'Comfortron' air-conditioning system, and a radio with auto-seek, rather than a tuning knob.
Even the engine was futuristic - a 4.2-litre Holden V8, turning out 259hp.
'At Holden we have always prided ourselves on our ability to look into the future through our concept cars,' said Michael Simcoe, executive director of General Motors International Operations.
'It's amazing to think that the features we take for granted today were born out of creative minds over 40 years ago.'
The 'Pathfinder' GPS system was perhaps the most out-there idea - showing a glowing arrow that told drivers which way to turn, and a buzzer that warned of an upcoming junction.
©Exclusivepix 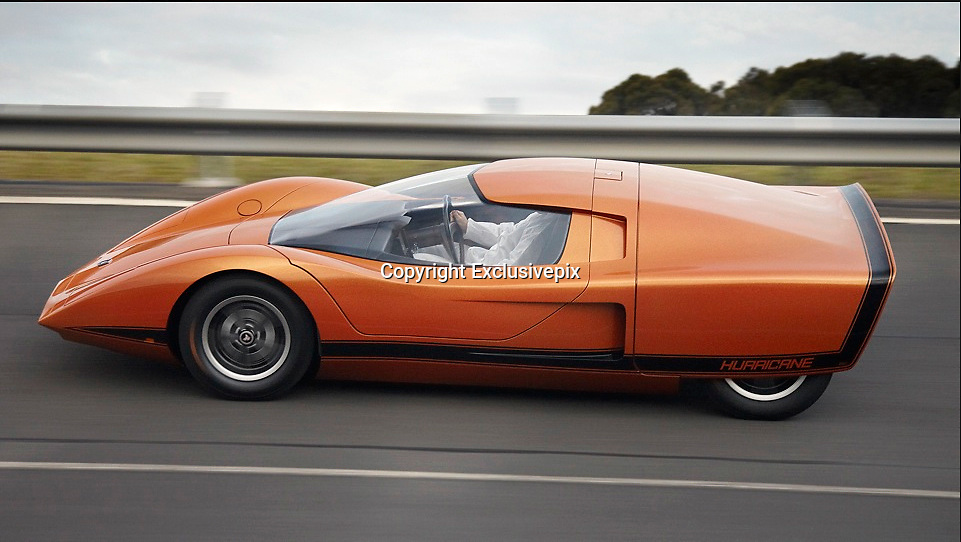