Ships Made of Concrete

Ships Made of Concrete

Perhaps the most bizarre choice of material humans ever made to make a vessel that floats was reinforced concrete. For centuries ships have been made of wood, which later gave way to tougher materials such as steel. But steel was expensive and not readily available, which became a major issue during the World Wars when there was an acute shortage of the metal.
Long before the war, in 1848, Joseph-Louis Lambot, the inventor of reinforced concrete, tried and successfully fashioned a small boat out of ferrocement, jumpstarting the small and short-lived industry of concrete shipbuilding. Before long, ferrocement barges were regularly plying the canals of Europe, and just as the century was drawing to an end, an Italian engineer made the first concrete ship.

As suspected, concrete was not the most ideal material to build ships with. The basic problem with concrete ships is that they require a very thick hull to be as strong as a steel ship. This made the ship very heavy and consequently burned more fuel to move around. And if the hull is breached, they sink quickly owing to their weight. The sailors of WWI often called them “floating tombstones” and hesitated to serve on them.
Nevertheless, ferrocement ships continued to be made and their sizes gradually increased. The largest of these was the 425-foot SS Selma, an oil tanker launched in 1919. Today, its wreckage remain partially submerged in Galveston Bay in Texas Gulf Coast and visible from both the Houston Ship Channel and Seawolf Park.
After the United States entered the First World War, President Woodrow Wilson approved the construction of 24 concrete vessels as support ships to the Navy. However, none of them could be completed on time and put into service. By the time the ships were ready — only 12 of them— the war had ended. The completed ships were sold to private companies who used them for light-trading, storage and scrap.

Similar scarcity of steel occurred during the Second W 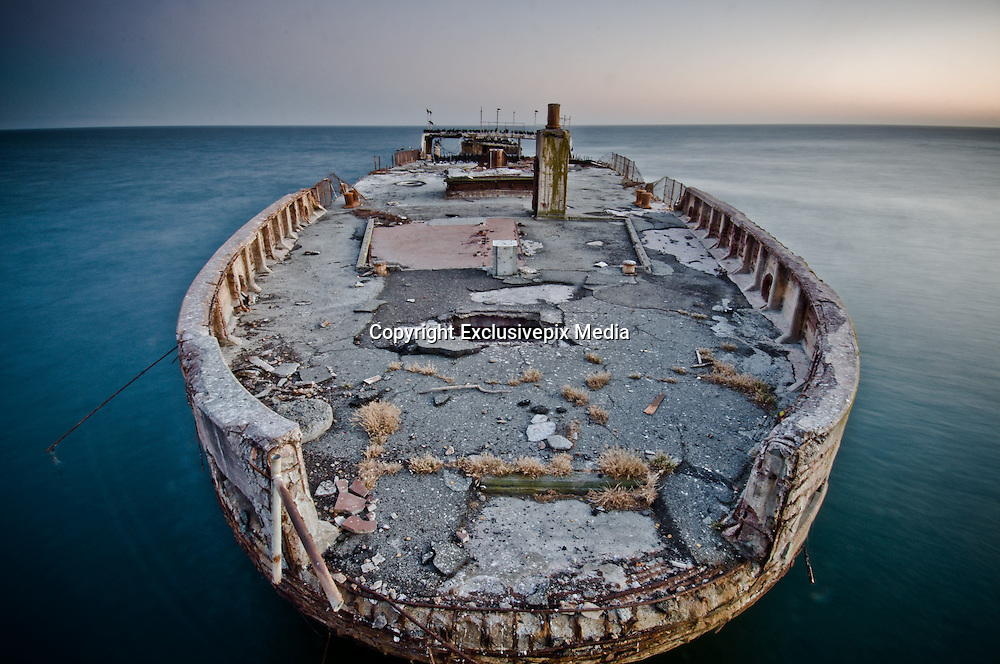