Queen Sofia extends its caring side to her grandchildren, Irene Urdangarin and Victoria Federica. Princess Elena, came with his daughter Victoria. The charity concert was conducted by Ecoembes in the National Auditorium in Madrid. With a recycled instrument orchestra, who shared the stage with Malikian Ara and Antonio Carmona. On leaving the National Auditorium, small were very fun and loving each other and with their grandmother. Before leaving, they said goodbye with hugs and kisses Princess Elena who left minutes later in another car. On next 11 January, started the trial of Princess Cristina and her husband, in the Courts of Palma de Mallorca, where he is allegedly accused of corruption Inaki Urdangarin, along with his partner Diego Torres, in the case Nóos
©Exclusivepix Media 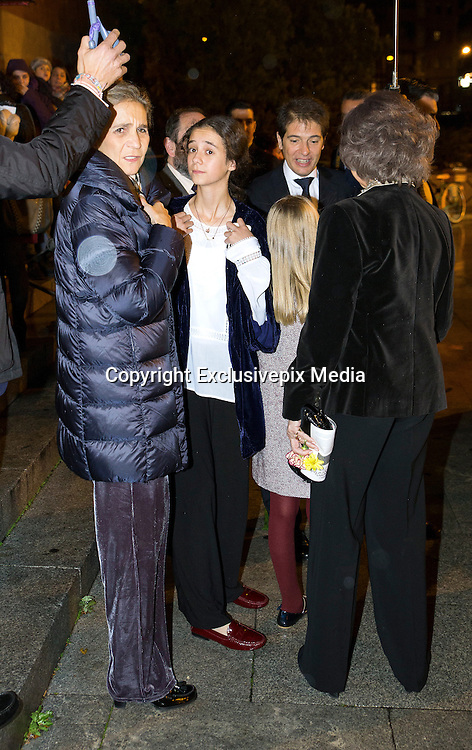