It's supposed to be the happiest day of your life, so what better way to celebrate your wedding than by posing as centaurs to demonstrate your love? Or riding a giant swan? Or perhaps fleeing a fire-throwing Transformer?

From the crude, to the rude, to the downright bizarre, this collection of images of provincial Russians getting married show exactly how not to take wedding photographs.

Several are carefully choreographed pictures that turn out to be absurd the moment the posing is over, yet they remain in the family albums for posterity. Others seem to be the newly betrothed wife seeking to show who is the boss after the nuptials.
Cars feature strongly - in one picture the couple's faces are superimposed on the wheels as they begin the journey on the family road to happiness. most cases, though, you wouldn't know this is supposed to the happiest day of their lives, though one couple are look full of joy as they serenade a statue of Soviet founder Vladimir Lenin.

The popular blogger who goes under the name 'pryf' simply says 'How not to take wedding pictures', and his montage is spreading like wildfire round the web.
©Exclusivepix 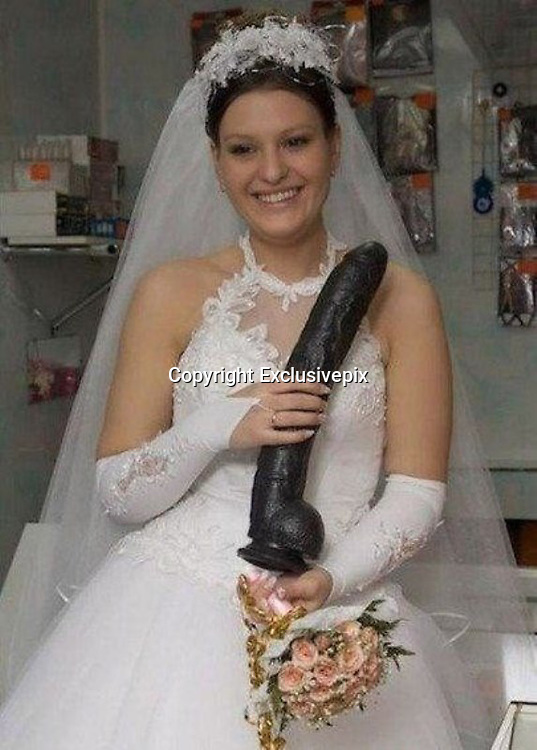