So wrong but simply hilarious photo-boobs: Family snaps which catch youngsters in the most inappropriate poses

So wrong but simply hilarious photo-boobs: Family snaps which catch youngsters in the most inappropriate poses

Men are often asked whether, when it comes to women, they are breast, legs or bottom men.
But in some cases it is pretty obvious.
This collection of hilarious family photos proves that some boys decide from a very, very, very early age that being breast-obsessed is best, and that they will use any opportunity to grab an eyeful - or, in the cases of some very brazen young chaps, a handful.

There are boys emulating their fathers - as is the case of one tiny tot wearing a 'Just like my daddy!' bib while plunging his arm down the nearest cleavage - and others ogling their mothers.
Some young men sneak peeks when they think nobody is watching - clearly oblivious to the camera recording their wandering eyes - and others simply cannot hide their fascination and awe at discovering these amazing things. 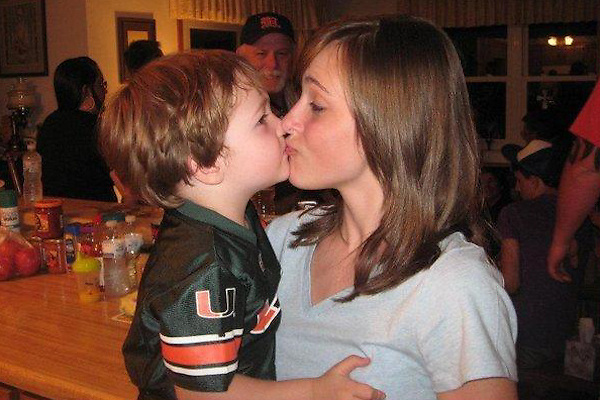