The two-year-old with a $200,000 wardrobe: Mother throws outrageous fashion show birthday party for her daughter, dressing her in Chanel, Dior, Louis Vuitton and Prada

While most two-year-old girls would be happy dressing up as Elsa for their birthday, some of them have more refined tastes.
This week an affluent mother from Shanxi province in China has banked $200,000 (US $157,000) in designer clothes for her trendy-toddler daughter to don in a fashion-themed birthday bash.
The unnamed mother, who is in her 20s, amassed the designer wardrobe from all over the world, then rented a hotel and runway to host the bizarre event,

Adorable images show the tot voguing down a runway garbed in Louie Vuitton, Dior, Burberry and Prada.
The mother reportedly purchased the outfits from the United States, Hong Kong and Korea-and as you can imagine, they didn't come cheap.


She spent over 1 million yuan on the wardrobe, which works out to be AUD$204,177 (US $160,000) - that's enough to buy a Panamera Turbo Porsche.
And that's not to mention the hotel, catwalk and photographer she evidently hired to capture the event.


The doting mother justified the extravagant outlay by claiming she wants her daughter to experience the finer things in life.
'We have no financial issues, so I just want my daughter to have a better life,' she said.
But as netizens around the world were quick to point out, the modish minor is unlikely to remember anything from the party given she's only two years old.
©Exclusivepix Media 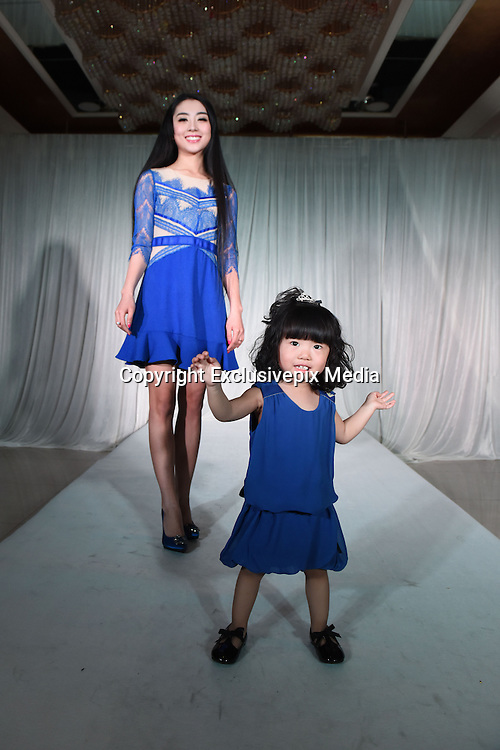