EXCLUSIVE LADY AMELIA WINDSOR- Backstage Le Bal - Raphael Palace in Paris
A very beautiful (and rather naughty) Royal: Her extraordinary looks have landed her on the cover of Tatler. And Amelia Windsor's giving Harry a run for his money in the party stakes

She dances on a yacht, lithe and bronzed in a neon bikini, her long hair gleaming in the sun. She's the picture of rebellion in a nightclub, sitting astride a female friend, her slim legs in revealing floral shorts and her midriff on show under her black crop top.
And, again and again, pictures from her social media accounts show her pouting over cocktails and cigarettes.
So far, so thrillingly wild. But it wasn't this side of Lady Amelia Windsor that was on show this week. On the cover of the latest edition of Tatler magazine, the granddaughter to the Queen's cousin, the Duke of Kent, is portrayed as more demure English rose than party girl. Indeed, the magazine even dubs her 'the most beautiful member of the Royal Family'.


While you would be forgiven for not being instantly familiar with Lady Amelia, with her full lips, glossy mane and molten brown eyes, she's tipped as the one to watch among the young royals. And although the 20-year-old student may have a delicate baby-faced beauty, she's certainly not averse to living it up.
Indeed, other pictures from her publicly available social media accounts show her dancing at Notting Hill Carnival (that bronzed midriff on display), posing at Glastonbury Festival and smoking in the bath. She's outspoken about her passion for Bloody Mary cocktails. And her apparent motto, as inscribed on a photo in her Instagram account? 'Go hard or go home.' In other words, party like you're Prince Harry.
But Lady Amelia is no mere vacuous socialite in the making. On the contrary. She is vocal about her love for Latin, saying she is 'crazy' about it after studying it for A-level and is rather bookish in nature. She's currently reading French and Italian at Edinburgh University. I 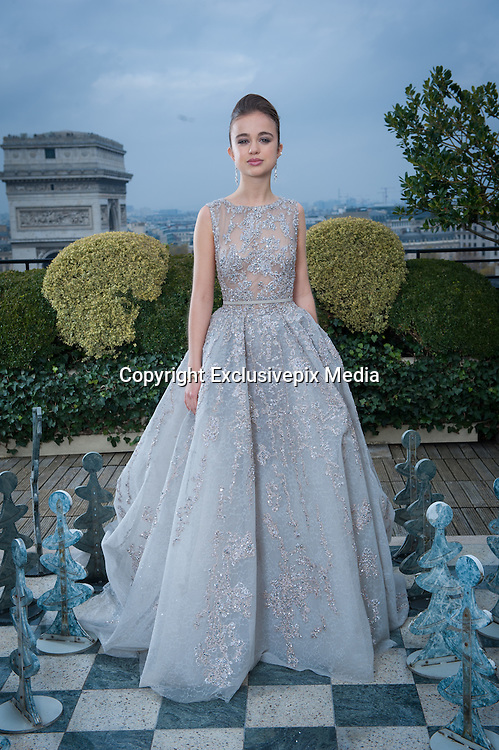