Indian doctors have removed more than 150 ten-inch long worms from the stomach of a woman who had been suffering excruciating stomach pain for months.

Neha Begum, 22, who hails from Nai Basti in Mugalsarai district of Uttar Pradesh, had been suffering from excruciating stomach pain, vomiting and constipation for long. She had been seeing doctor in different places but none of them could diagnose the actual cause of the pain.

“When examined her, we found something was obstructing her intestines. So we decided to open her stomach and see what was causing the obstruction. We were shocked to find live round worms wrapped around her intestine and pulled out more than 150 of them out alive. I was shocked. This was an extremely unusual case,” said Dr Anand Prakash Tiwari, a gynaecologist KG Nanda Hospital, Chandauli.

The team of five doctors, which operated on the patient for five hours, said they had never seen a case like this before. “It is normal to discover three or four worms inside a patient but this is the first time we have come across such a huge number,” said Dr Tiwari.

According to hospital authorities, Neha is doing well now and was given food orally for the first time. The operation was performed a week ago.

Neha, who now looks visibly relieved, says: “I had seen several doctors before coming here, but none could diagnose what was the problem with my stomach. In the name treatment, the other doctors would give painkillers and send me back home.”

A few months after marriage, Neha developed the stomach pain that ended up affecting her married life. “I would stay up the whole night — crying, writhing in pain. It affected our conjugal life, too. But now think we will be able to enjoy to bliss of marriage. I am very thankful to the doctors eliminating the problem for ever.”

Asked how the worms could have landed in her stomach, Dr Tiwari said: “The eggs of the worms might ha 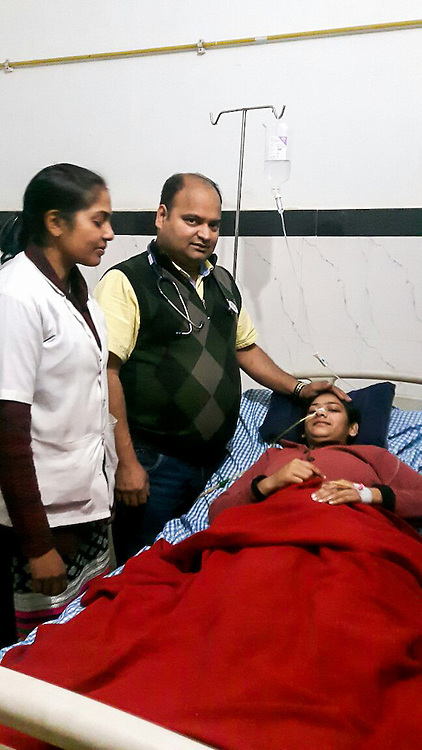