As temperatures dropped to -30 degree Celsius, residents of Ontario could be forgiven for rejecting the great outdoors in favour of keeping warm inside.

But one father refused to be deterred by the bitter temperatures and found an ingenious way to pass the long winter hours of sub-zero temperatures by creating a colorful ice fort in his backyard.

Chris Marchand filled hundreds of eight-litre plastic shoeboxes with water and food colouring - he filled about 30 each day.
He stored them in his driveway for a month until he had created enough to create his vision.

Mr Marchand then set about building the boundary of a 25′ x 25′ fort - it took him six nights work at -30 degree Celsius to erect the wall.

When the work was complete he invited over his friends and family to enjoy a night in his creation, as he sat back and admired his vision as king of his castle.

Mr Marchand explains: 'Sidelined from my usual outdoor pursuits by the cold, I started freezing blocks of ice on my deck for the hell of it.
'I found a certain kind of shoebox size plastic container that could handle the expansion and would release the frozen blocks easily and consistently without having to use hot water.

'Mass production began at 30 blocks per day - a new harvest every 12 hours. It was huge pain in the a** after a while.

'I marked off a 25' x 25' space and started building my wall on a 1 foot pony wall of snow that i compacted using plywood scraps. Construction took about 5 or six nights of frigid work in temps ranging from -28 to -35C. I loved being out in the cold with the iPod 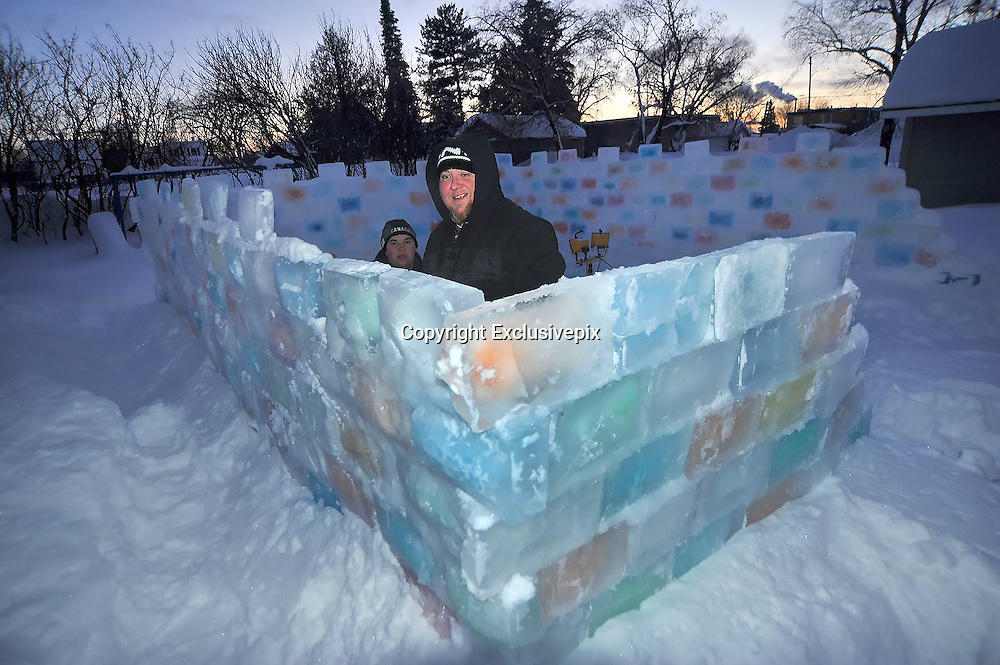