It's been five years since fans of Amy Winehouse had a chance to hear any new material from the singer.
But now she has put her past troubles behind her and is preparing for a musical comeback, showcasing some previously unheard songs at a series of gigs in South America.
And the 27-year-old singer was looking even healthier than ever as she hung out at her hotel in the Brazilian city of Rio De Janeiro ahead of her tour there.
And she appeared relaxed, hanging out on the rooftop of the hotel with one of her bodyguards - and at one point waved from the veranda.
Dressed in a pink bikini top and her ever-popular denim shorts, a barefoot Amy later hit the pool for a dip, once again surrounded by a security team.
Despite all her recent jet-setting - which also saw her play a show in for a mystery Russian businessman in Moscow - Amy celebrated the start of 2011 in London.

Although she was reportedly supposed to go to her dad Mitch's gig at London's Pigalle Club on New Year's Eve, The Sun claims that the singer instead spent time with her on-off boyfriend Reg Traviss.
Reports suggest that she has recently rekindled her romance with the film director.
The pair began dating in May 2010 but split four months later after he was seen holding hands with his ex-girlfriend, burlesque dancer Raven Isis.


Amy is due to play her first show in Brazil on Saturday. Her recent Russian gig - for which she was paid £1m- was the first full show she had performed since 2008.
She hit the headlines then as a result of her turbulent private life which has seen her battle drink and drug problems and a failed marriage.
She appeared on Strictly Come Dancing last year as a backing vocalist to her 13-year-old goddaughter Dionne Bromfield, and performed four songs at a low-key event in October to mark the launch of her clothing range for Fred Perry.
(Credit Image: © Wilton Junior/Ex 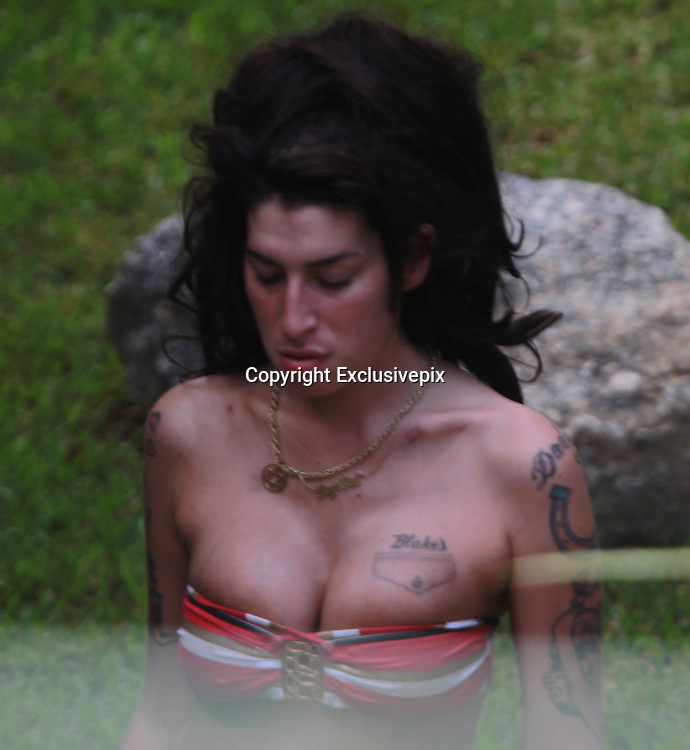