A former child boxing champion has become a she - after having a sex change.

Tun Siraksa, 18, took up boxing after being bullied a school when he was just six years old - fighting a natural talent for battering opponents and silencing his tormentors.

He won dozens of belts and with the prize money supported his family in poverty-stricken Udon Thani, north east Thailand.

But Tun grew up miserable inside and would secretly dress up as a woman hours after violent ring bouts.

He's now known as the ''boxing ladyboy'' and carries on fighting despite being taunted by macho opponents and abandoned by his own ''embarrassed'' former mentor father.

Tun said: ''When I was younger it was my dream to be a world champion boxer. I trained every morning before school, running several miles. I was winning boxing matches and supporting my family, everybody was very happy.

''My father was not happy and he was fighting a lot every day about it until he left the home because he was embarrassed.''

Siraksa is now studying languages at university and dreams of becoming a teacher.

He is undergoing hormone therapy, lives as a woman and has a male boyfriend.

But Siraksa still has to compete against muscle-bound male boxers until the transformation is complete.

Siraksa has also started mending the relationship with his ''disappointed'' father.

He said: ''People call me the boxing ladyboy and throw insults at me. But I do not care about this.

''What could be more important than winning prize money to support my mother and father? I will not do boxing forever, but be a teacher in the future.

''Now my dad has come home again and is starting to understand. My mum says she has a daughter now and is very understanding and loves me a lot.

''Life is a struggle, try to understand people and not just laugh at them. I want people to 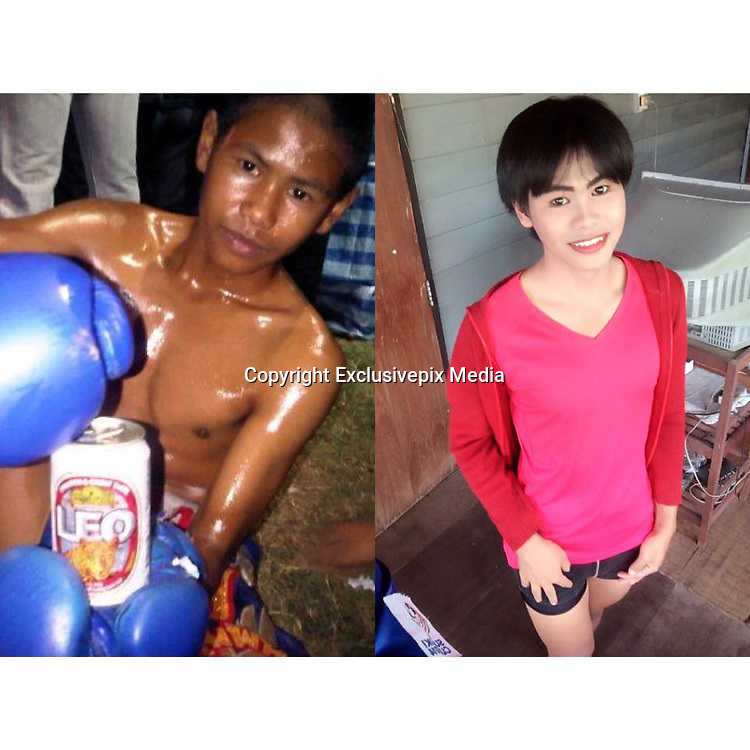