A view of the Los Angeles skyline from East L.A., near the city of Vernon. This street 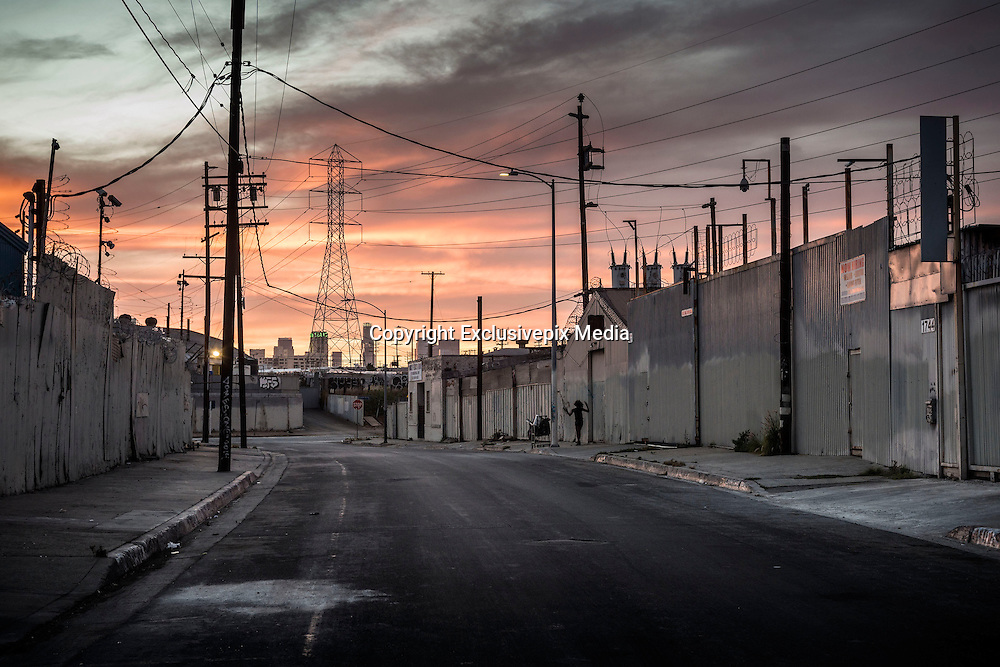