Zhang Shengwu drives his homemade submarine in the river at Zhangdu village on April 27, 2016 in Maanshan, Anhui Province of China. 51-year-old Zhang Shengwu, who built a dock and sold building materials, used over 5,000 yuan (about 771 USD) make a submarine in two month in Maanshan. The 6-meter-long, 2 tons submarine was powered by a tricycle motor, and had no Oxygen supply system. The submarine could dove over one meter under water, and Zhang had obtained national patent for it on February in 2016.
©Exclusivepix Media 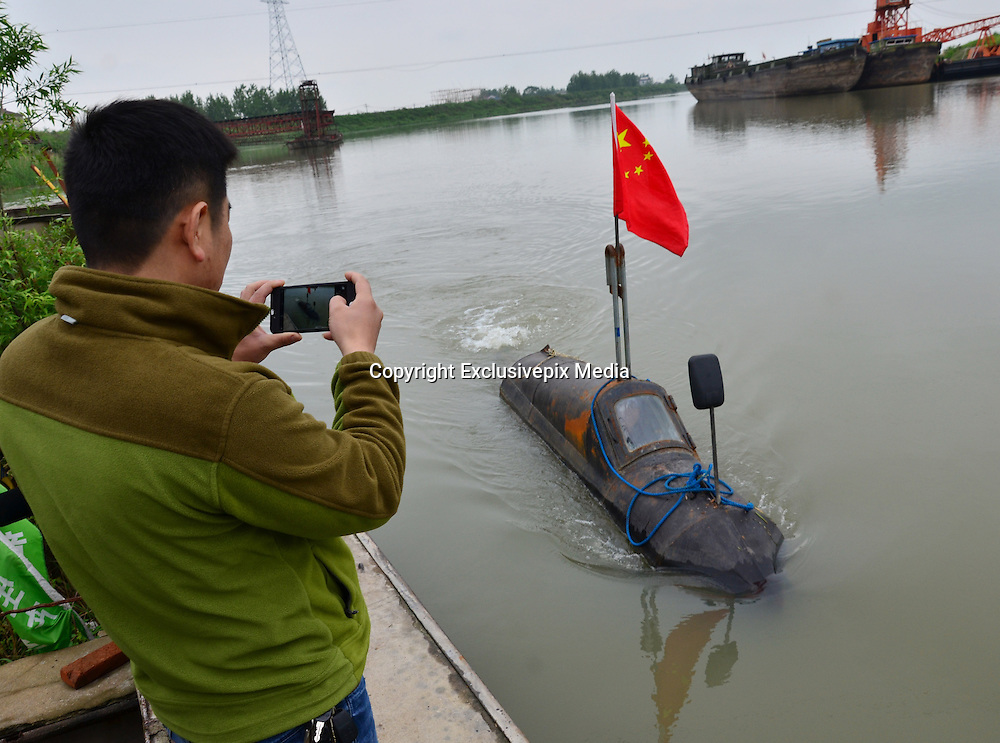