Baby And Mum Orangutan Cling To Each Other Until Help Arrives

Baby And Mum Orangutan Cling To Each Other Until Help Arrives

A mother and baby orangutan in Borneo have a bright future ahead of them after rescuers saved them from a life-threatening situation and moved them to a safe new home in the rainforest.

A team from International Animal Rescue (IAR) based in Ketapang, West Borneo was alerted by locals in the nearby village of Sandai that a mother and baby orangutan had been spotted in a rubber tree plantation. IAR’s Human Orangutan Conflict (HOC) team set off immediately to verify the report. Orangutans that enter villages in search of food are in serious danger of being treated as pests and attacked, even killed by farmers or plantation workers.

Once they had located them, the HOC team set up camp for the night near the orangutans’ nest and waited for the full rescue team to arrive.

The following morning, in spite of driving rain, IAR’s marksman Argitoe succeeded in hitting the mother with the first shot of his dart gun and mother and baby landed safely in the net stretched out below them by the rescue team. They named the orangutans Mama Rindi and Baby Rindi. Vet Ayu and Spanish volunteer vet Javier carried out a thorough medical check which confirmed that mother and baby were in good health and the mother was producing milk for her baby.

IAR CEO Alan Knight said: “This mother and baby are safe now but their story could have ended in tragedy had it not been for the actions of our team. Although some people know to contact us if they spot an orangutan near their village, others still react aggressively to the apes’ presence. By searching for food in the rubber tree plantation, the mother ran a serious risk of being attacked and killed, leaving her tiny baby to be taken and sold as a pet. It’s a great relief to know they are safe.”

He continued: “While the situation for orangutans is a bleak one, we wouldn’t be w 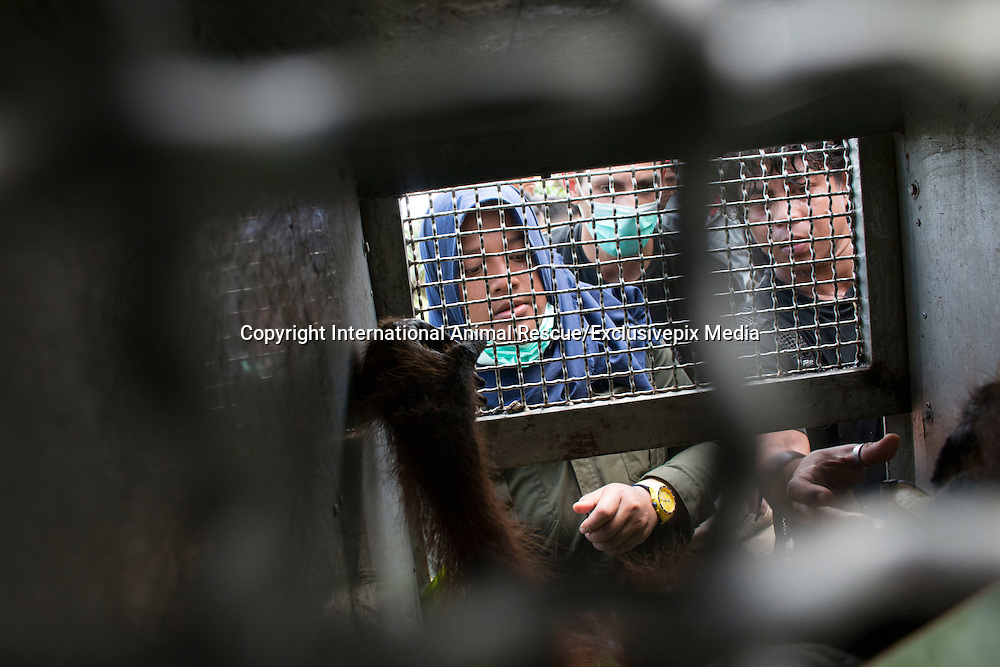