Abandoned creepy pictures of inside the former RAF Hospital

Abandoned creepy pictures of inside the former RAF Hospital

Empty hallways and graffitied walls are some of the sights that have been photographed at the former Rauceby Hospital site.

Photographer Simon Robson has been inside the former mental hospital which was also used as a place for burns victims during the Second World War.

Mr Robson, who is from Lincoln, said he wanted to photograph the site because it was a former asylum. He said: "I like the idea of going round a former asylum as it has more character about it.

"It was gutted on the inside, there were empty rooms and no furniture.
He added an old hospital bed was something that he will remember from the site.

"When I went in the old chapel part there was an old hospital bed left in there which was quite creepy at the time.

"I don't think about where I am too much and stay in my own world of photography."

The hospital originally opened in 1902 and the buildings included a chapel, two graveyards, a mortuary, and various tunnels connecting wards.
The South Lincolnshire Community and Mental Health Services NHS Trust closed the main hospital building in 1997, but kept on Orchard House as the Trust's headquarters.

Mr Robson added: "I think it's places where people don't get to see inside that are fascinating - it's a fascination with the unknown."

The 35-year-old from Lincoln said he was inspired to photograph places such as the former Rauceby Hospital site after seeing other photographs on online forums.

He added that he always been interested in photography it was the subject of his degree, but admits it's more of a hobby for him now.
©Simon Robson/Exclusivepix Media 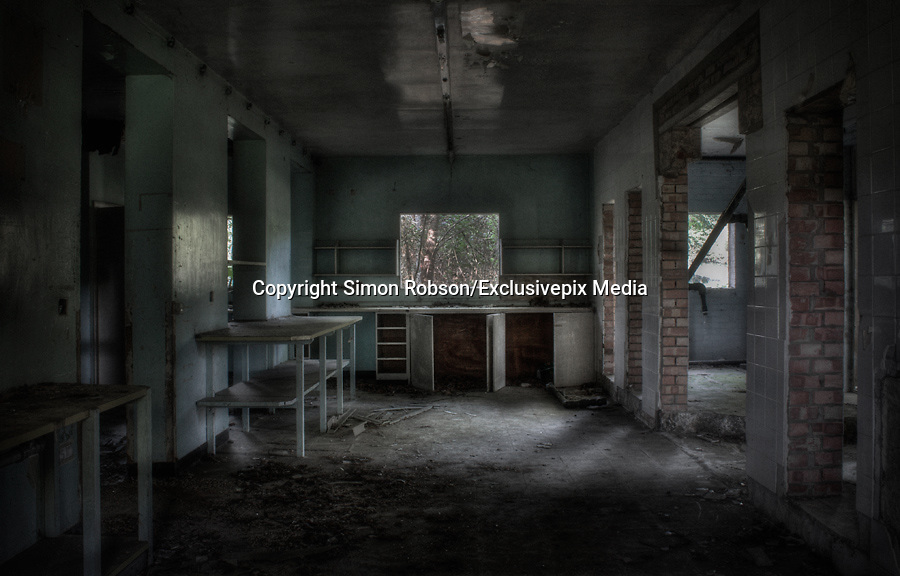