Feeling a bit saw! Builder has his hand sewn back on after horrific accident with circular power tool

Feeling a bit saw! Builder has his hand sewn back on after horrific accident with circular power tool

A builder who severed his hand with a saw had it saved thanks to the work of a former Italian professional footballer turned plastic surgeon.
Harry Wones cut through the flesh, muscle, tendons and bones of his palm, leaving the hand hanging by skin next to the thumb.
In shock, he was flown to Norfolk and Norwich University Hospital where consultant plastic surgeon Andrea Figus led a team in a complicated 10-hour operation to re-attach the hand.Mr Figus, 36, who played football with Italian Serie A side Cagliari, worked through the night and later declared the operation a success.

Father-of-one Mr Wones, who was working with a circular saw when he was momentarily distracted, today praised the surgeon and his team.
The 33-year-old said: 'They were not just doing their job they went above and beyond. Mr Figus was so positive - he was absolutely brilliant.
'It is amazing what they can do at the hospital.'

Mr Wones was working on a house in Wells, north Norfolk, on February 4 when the accident happened.
After the air ambulance flight to hospital, the surgery team took a vein from his foot to reconstruct the arteries in the palm of his hand and crucially restore the flow of blood to his fingers.
Reliving the incident, Mr Wones, of Ellingham, near Bungay, Suffolk, said: 'I was working on a holiday home in Wells and was using a chop saw.
'It is a piece of equipment I use all the time. I just lost concentration and it went through my hand.
'I shouted to my colleague and he ran outside to the next door neighbour, who luckily was a retired doctor. My hand felt like it was on fire and I assumed it must be fairly bad.
'They call it a semi-amputation, it was hanging on by the thumb. The air ambulance came and landed on the high school playing field.
©Exclusivepix 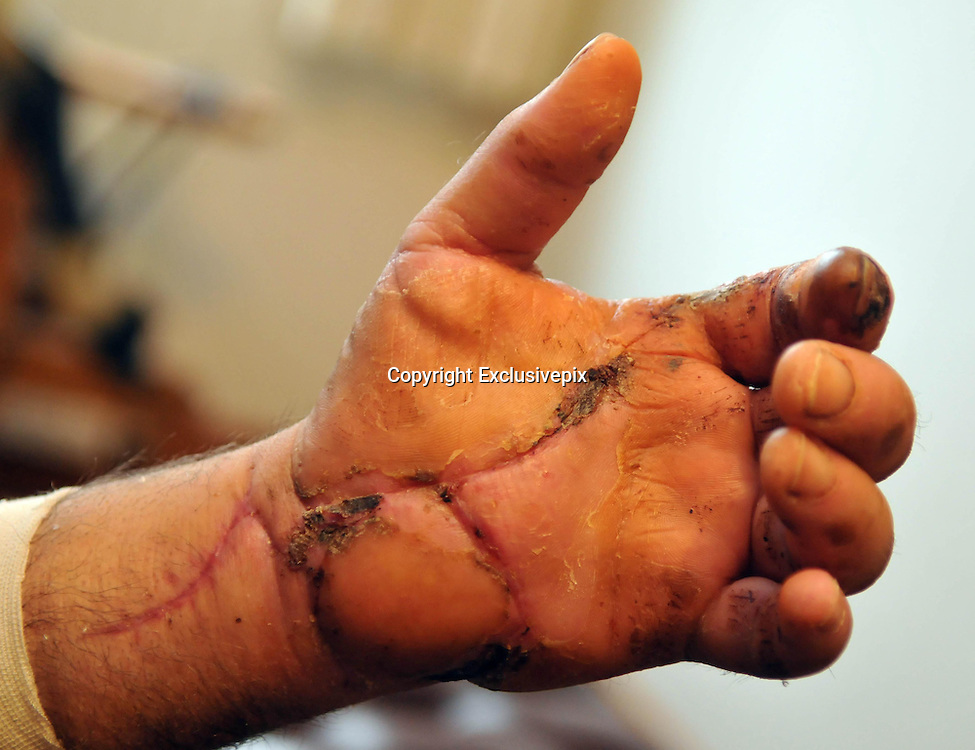