Fancy a bit of Kung Pao in the clink? Tianjin city in China has opened its first ever prison-themed restaurant and has had customers queuing to experience life as an inmate.
Diners have their meals in separate dining rooms - or cells - which are made from iron caging. Each cell varies in size depending on the number of customers per party.
The city's first Prison of Fire restaurant is designed to look exactly like a  genuine Chinese jail, complete with dungeons and confinement rooms.
Each dining room is made to look different, with ordinary cells, single cells and a water dungeon with an arresting view of water torture devices.
And it's not just the customers who are treated like prisoners. Even the acts who perform there are trapped in a birdcage-like structure which can barely fit in a keyboard and guitar, let alone a four-piece band.
Adventurous diners are served their dinner through a door hatch but, unlike real prisoners, get to enjoy their meals on proper cutlery and crockery.
The restaurant owner has said he wants diners to 'cherish their freedom and stay away from crimes
©Exclusivepix 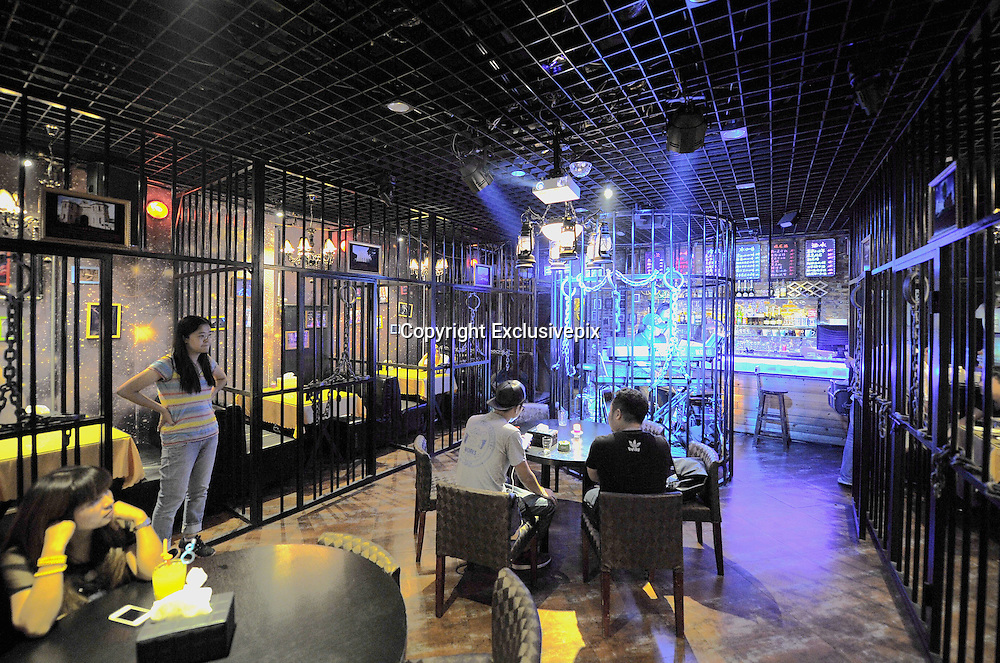