Rafael Nadal celebrated his thirtieth birthday, away from his beloved Roland Garros, but always in the best company, his girlfriend Xisca Perello, the young woman with whom he shares his life for over ten years. The dedicated athlete and his girl have traveled to the island of Ibiza where we already enjoy a well-deserved vacation with a group of friends aboard a luxury yacht. As we remember the sprained left wrist he sent to home after having passed the second round. The sheath that covers tendons of the joint was in danger of breaking, and finished twelfth participation suddently. With immobilized wrist, expected evolution of it to know exactly when you can resume physical activity and play racket. His greatest illusion, a complete recovery to face the second part of the campaign, which includes its flagship status in 2016. The day of his thirtieth birthday Rio Olympics certainly a very special date to begin a new decade in its life, Rafa Nadal enjoyed a fun day at sea with his girlfriend and a group of friends.
©Exclusivepxix Media 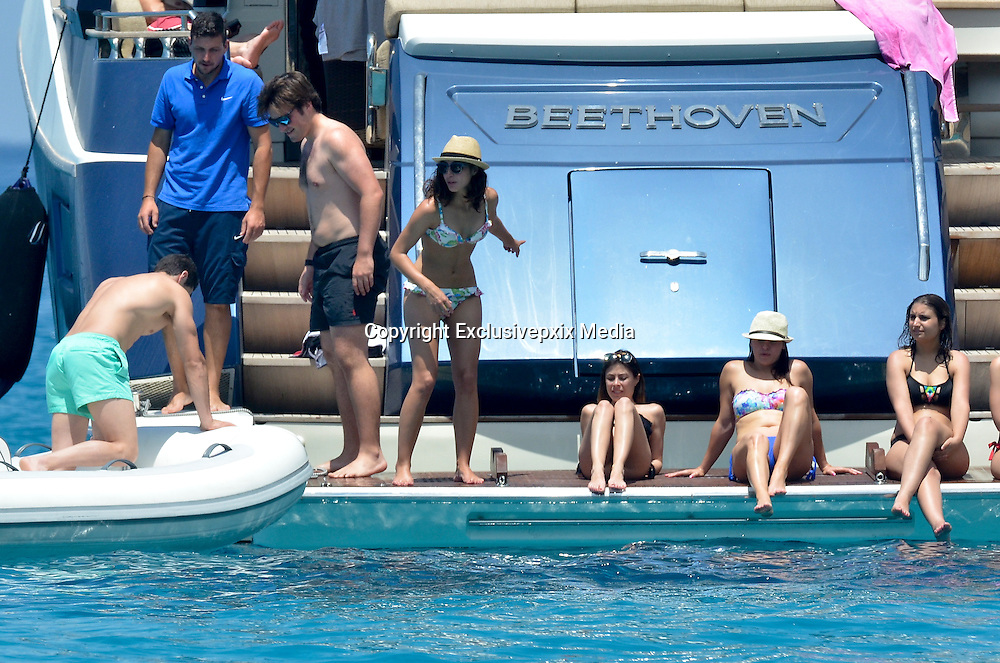