Photo shows: Laxmi and Ritu at Chhanv. Chhanv operates out of a three-room flat in Laxminagar, a middle-class area of east Delhi. It is a rare meeting place for all acid attacks survivors, where they come to share joys, sing, dance and joke, without revisiting their pain and anguish. They organize trainings, workshops, counseling and many other programs to support the survivors. Much of this endeavor boosts their self-confidence, powers their self-esteem and sets them on a path to self-reliance. Being a campaign, their attempt is to create a wave, a flow of social awareness and sensitivity, and their continuous engagement through activities at Chhanv keeps this in motion.
©Pascal Mannaerts/Exclusivepix Media 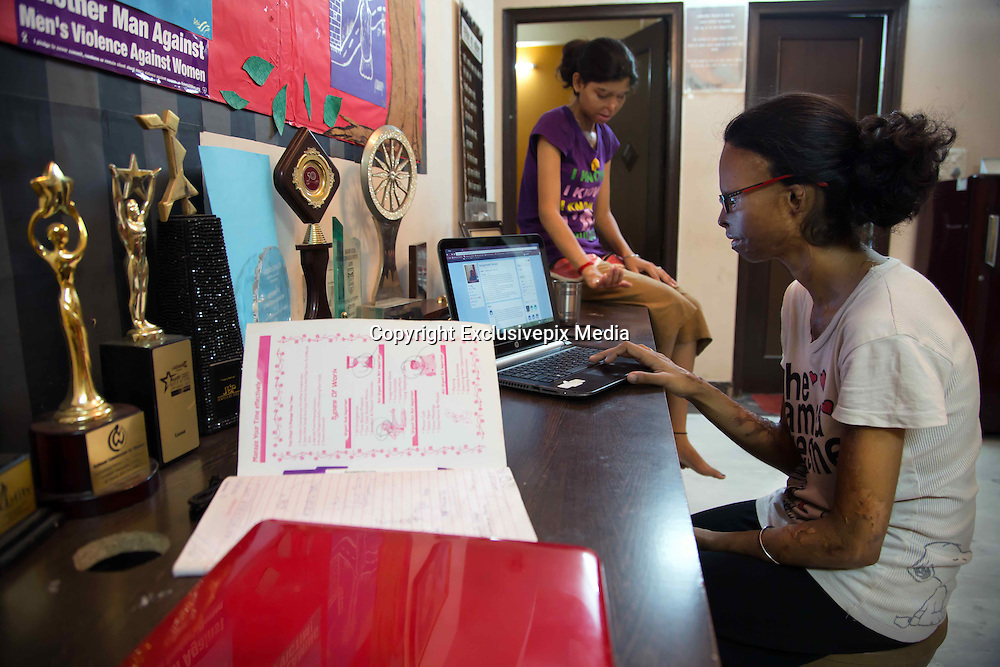